NEW YORK (AP) — The busy New York Mets have a general manager in place — with plenty of work on his plate.

Jared Porter and the Mets finalized a four-year contract Sunday that makes him the 14th general manager in franchise history. The team is scheduled to introduce him Monday in a news conference on Zoom.

The 41-year-old Porter spent the past four seasons with the Arizona Diamondbacks as senior vice president and assistant general manager under GM Mike Hazen. Porter will report to Mets president Sandy Alderson, who has taken over baseball operations under new owner Steve Cohen.

“Jared has proven himself at every level and in every position he has held, earning respect from his peers throughout baseball,” Alderson said in a statement. “He is deeply knowledgeable in all aspects of the game and has worked with several accomplished baseball executives. Jared is prepared for this next challenge.”

Porter worked under Theo Epstein with the Boston Red Sox and Chicago Cubs, winning three World Series in Boston’s front office and another with the Cubs before joining the Diamondbacks in 2017.

Arizona went 93-69 that year and beat Colorado in the NL wild-card game before getting swept by the Los Angeles Dodgers in the Division Series. The Diamondbacks have not made the playoffs again since, but posted winning records in 2018 and 2019 before fading to 25-35 this year and last in the NL West during the pandemic-shortened season.

Porter has worked in various roles in baseball operations, but his primary focus has been scouting. He was a director of pro scouting for Boston and Chicago.

“I’d like to thank Steve Cohen and Sandy Alderson for this incredible opportunity,” Porter said. “I’m extremely grateful for the trust they’ve shown in me. I’m excited to join the community, get to work, and help build a collaborative and sustainable baseball operation and culture for the New York Mets.”

He inherits a team with a promising core and several star players, including two-time Cy Young Award winner Jacob deGrom and All-Star hitters Pete Alonso, Jeff McNeil and Michael Conforto. But the Mets haven’t made the playoffs since 2016, and they’ve endured nine losing seasons in the last 12.

Starting pitcher Marcus Stroman accepted an $18.9 million qualifying offer to remain with the Mets next year, but the team still has holes to fill in the rotation and lineup. New York is thought to be very interested in NL Cy Young Award winner Trevor Bauer and center fielder George Springer, two of the top free agents available.

Hard-throwing righty Noah Syndergaard had Tommy John surgery in March and is expected to return sometime during the 2021 season.

Alderson announced last month that Luis Rojas will return for a second season as manager.

Cohen said it would be a disappointment if the Mets don’t win the World Series within three to five years.

“I don’t think we’re a player away,” Alderson said in November. “I think we need more than that. Do we have a good foundation? Yes, I think we have an excellent foundation. But I think that our needs are multiple at this point.”

Even while searching for a new GM, the Mets had already been aggressive this fall following a 26-34 finish that left them tied for fourth in the NL East last season. The club was closing in on a contract with free agent catcher James McCann for $40 million over four years, a person with knowledge of the deal told The Associated Press on Saturday, speaking on condition of anonymity because no announcement had been made.

New York also signed free agent reliever Trevor May this month to a $15.5 million, two-year deal — the first major transaction for the club since Cohen bought the team from the Wilpon and Katz families for $2.42 billion in early November.

Cohen brought back Alderson, who quickly fired general manager Brodie Van Wagenen and several of his top aides. Alderson said then he wanted to hire a president of baseball operations, but a few weeks later the Mets abandoned that pursuit and focused instead on finding a GM who would report to Alderson.

Alderson said he had been thwarted in attempts to gain permission to speak with officials on other teams for lateral moves, and another possible candidate had a family issue that prevented a move.

So the 72-year-old Alderson took on a greater role in baseball operations than originally planned this time. He served as the Mets’ general manager from October 2010 until he left in July 2018 following a recurrence of cancer that no longer is a problem.

“I hope that we are able to hire someone who will be able to handle most of the traditional general manager role,” Alderson said last month, adding he also hoped the new GM could grow into a president of baseball operations role. “I would expect that I will be a little more involved in decision-making and mentoring. But I don’t expect to get down in the weeds, either.”

Porter was born in Minnesota and went to high school in Massachusetts before graduating in 2003 from Bowdoin College in Maine with a degree in history. He captained both the baseball and hockey teams at Bowdoin his senior season. 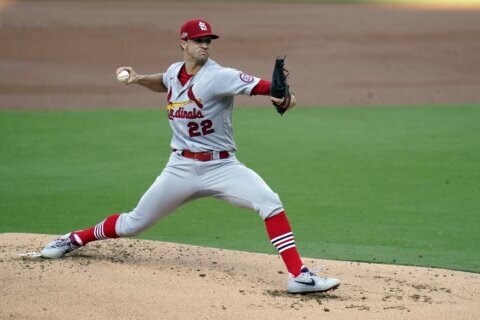 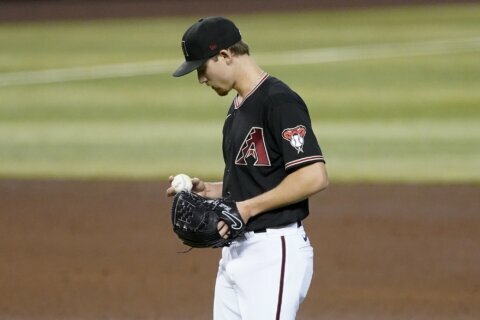