The team announced the hiring Wednesday. The 43-year-old Scott spent the previous 17 seasons with Boston and was an assistant general manager the last two years, overseeing analytics, baseball systems and advance and pro scouting departments.

Porter, hired from the Diamondbacks to be general manager under team president Sandy Alderson this month, started with Boston in 2004 — the same year Scott joined the Red Sox as an intern. The pair worked together under GM Theo Epstein.

“I’ve known Zack for over 15 years, and worked with him daily for 10 of those years. He’s a strong leader who is a very creative and dynamic thinker,” Porter said in a statement. “Zack is well rounded in all areas of baseball operations, and will promote synergy and collaboration among all of our departments with an emphasis on research and development.”

Scott got his start in baseball as a developer at Diamond Mind, Inc., which produces baseball simulation software. He held numerous roles over his years in Boston with a heavy focus on analytics and systems. 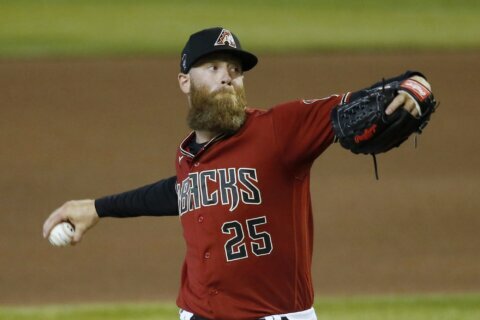