The Florida Panthers on Tuesday hired Brett Peterson as an assistant general manager, making him the first Black executive to hold that position in the NHL.

“I don’t think they’re just going out to get people — I think they’ve identified people that are good at what they do and hard-working and excited,” Peterson said on a conference call with reporters. “It just so happens to be that a couple of us are African-American and one of us is a woman and that shouldn’t matter. We want the best candidates.”

Among its recent anti-racism and diversity initiatives, the NHL formed an executive inclusion council that aims to increase minority participation in front offices and on coaching staffs. Peterson said his hiring is a milestone that he called “hard to put into words.”

“I’m just happy that now there can be a second and a third,” Peterson said. “It’s going to be exciting times because I think other people will realize that things are possible and they should be. There’s never really been a hard stop, but there hasn’t been this type of opportunity yet, so I’m happy that we can hopefully create some more.”

The 39-year-old Peterson has a background as a player agent just like GM Bill Zito and fellow assistant Paul Krepelka. He was previously vice president of hockey for Wasserman Media Group and has been an NHLPA certified agent since 2009.

“It’s a great move by the Florida Panthers, and Wasserman Hockey will certainly miss him,” Wasserman Hockey senior vice president Judd Moldaver said in a phone interview. “He played the game at a high level. He treats people the right way. He’s extremely smart. Players love him, respect him.”

Peterson played five pro seasons in the minors after winning a national title during his time at Boston College. The Northborough, Massachusetts, native also advises and consults for a nonprofit organization that provides mentoring and hockey programs for underprivileged youth and underserved communities.

“His substantive hockey experience as a player, significant developmental and evaluation skills and business acumen as a negotiator combine to form an elite skill set that is very difficult to find in our sport,” Zito said in a release sent by the Panthers. “There are many who can excel in one of those disciplines but few who excel in all three.”

The Panthers said Peterson will take an active role in their foundation’s community programs aimed at making the sport more inclusive in South Florida.

“I have worked with Brett for a number of years, and it’s not surprising that his skills were coveted by a front office,” said Wasserman Hockey executive VP Markus Lehto, who took over many of Zito’s clients at Acme World Sports when Zito became assistant GM of the Columbus Blue Jackets.

“I expect that many of the same qualities that made him a successful agent — his character, his respect within the industry, and his understanding of all levels of the game — will also make him a successful executive.”

Boston College coach Jerry York called Zito the day after he took the Panthers GM job to recommend Peterson, who the Hockey Hall of Famer thinks could’ve gone into any line of work he wanted after graduating. He opted to go the agent route, and now he has made history with the potential for more.

“First person of color that’s been an assistant general manager in the NHL — that’s breaking barriers,” York said. “I’d love to see him stay in that endeavor for a while and after five, six years or whatever, he could become a general manager seamlessly.” 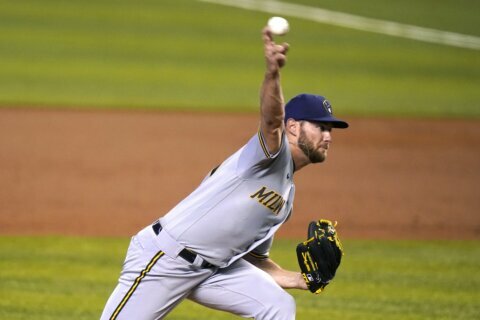 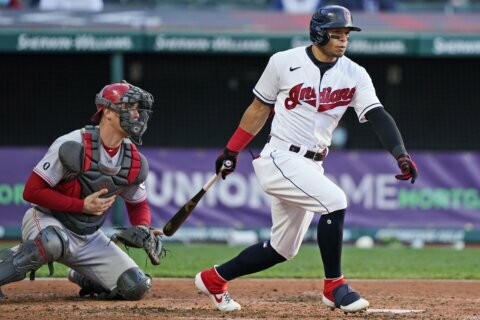 Indians bounce back from being no-hit again, smash Reds 9-2 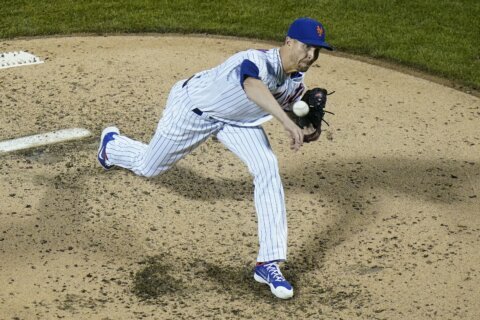