NEW YORK (AP) — The New York Yankees have let Tommy Kahnle become a free agent rather than allow him to become eligible for salary arbitration ahead of a season he is likely to largely miss while recovering from Tommy John surgery.

New York said Saturday that the hard-throwing 31-year-old right-hander had refused an outright assignment to the minor leagues and elected to become a free agent, Kahnle’s right as a player with at least three years of major league service.

Kahnle has 5 years, 131 days of major league service and despite the injury would have been likely to get a raise after making $2.65 million last season.

He had Tommy John surgery on Aug. 4 with Yankees head physician Dr. Christopher Ahmad and is likely to return in late 2021 or at the start of the 2022 season. His absence was a factor in the Yankees’ loss to Tampa Bay in the AL Division Series, when Aroldis Chapman gave up a go-ahead home run to Mike Brosseau in the eighth inning of Game 5.

He threw a 20-pitch eighth inning at Washington this year in his season debut on July 26 with three strikeouts, a hit and a walk, then felt discomfort while working out on July 28 and stopped a planned throwing session the following day. He didn’t pitch again this year. 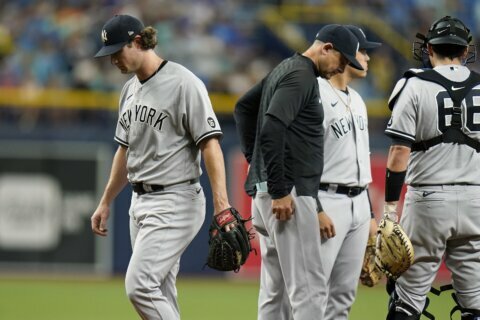 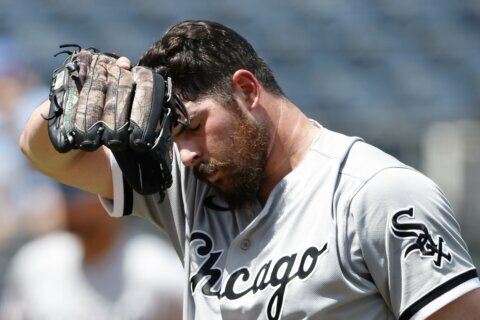