ARLINGTON, Texas (AP) — Atlanta’s Freddie Freeman and Los Angeles Dodgers left-hander Clayton Kershaw apparently had trouble seeing early in Game 4 of the NL Championship Series because of windy conditions in a stadium with a retractable roof.

Major League Baseball said it wanted to keep the roof open at Globe Life Field — barring rain — when the agreement was reached for the new home of the Texas Rangers to host three rounds of the playoffs in the pandemic-shortened season.

Freeman was reaching for his eyes after striking out swinging in the first, and Fox reported he said, “I can’t see,” upon returning to the dugout. The MVP candidate with two homers in the NLCS briefly tried glasses while in the field and also was shown getting eyedrops.

Freeman cleanly fielded Corey Seager’s hard one-hopper to first leading off the fourth. Freeman didn’t appear to be having trouble seeing when he lined out to shortstop in the fourth.

The reported wind speed at the start of the game was 6 to 15 mph. It was a blustery day in North Texas after a cold front came through.

Kershaw’s uniform pants and top were flapping in the breeze, as was Atlanta right-hander Bryse Wilson’s shoulder-length hair.

Muncy scrambled from foul ground to the infield grass and was still on the move when he caught a high infield pop from Austin Riley to end the second inning.

The roof has been open for all seven postseason games at Globe Life Field, across the street from open-air Globe Life Park that was Texas’ home for 25 seasons. The first three were for LA’s sweep of San Diego in the NL Division Series. 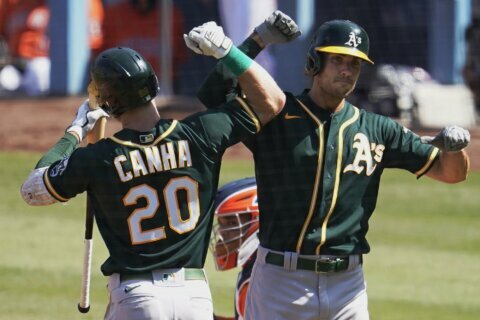 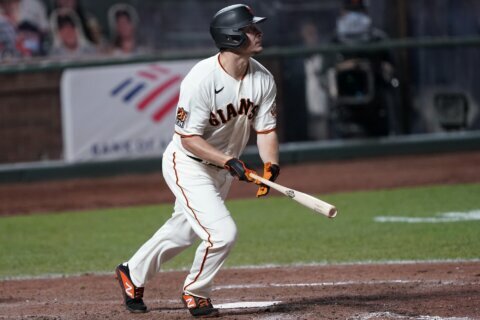