Randy Arozarena was a one-man show getting the Tampa Bay Rays to the World Series. Big swings, bat flips, bustin’ moves — he did it all — and his fast hands and fanciful feet didn’t need much help capturing an AL pennant.

Winning the Fall Classic, though, that could take an ensemble cast — something Brandon Lowe and the rest of the Rays’ lineup finally began to provide Wednesday night.

After being carried through this postseason by its breakout rookie, Tampa Bay’s offense turned in a top-to-bottom team effort in a 6-4 Game 2 victory over the Los Angeles Dodgers on Wednesday night that evened the Series at a game apiece.

Lowe homered twice, Joey Wendle drove in three and the Rays combined for 10 hits — their biggest output since closing out the wild-card round against Toronto on Sept. 30.

“I think today was a little bit better indicator of the kind of team that we are,” Wendle said. “Just a complete win, complete team win, everybody contributing at different parts of the game.”

Only one of Wednesday’s hits came from Arozarena, a 25-year-old Cuban who has won over fans this fall by hitting like Barry Bonds during games and dancing like Bruno Mars after.

Arozarena scored 14 runs and drove in 10 through the AL Championship Series, accounting for 42% of Tampa Bay’s 57 runs. His 22 postseason hits are tied with Yankees great Derek Jeter for most by a rookie — a stunning emergence for a player with 24 career hits in the regular season.

Meanwhile, the rest of the Rays combined to bat .179 during the AL Division Series and ALCS.

Lowe’s struggles were the most pronounced — and most surprising.

For a lineup that relies on mixing and matching role players rather than a showy list of stars, Lowe is usually an anchor. Lately, he’s just been dead weight.

The 2019 All-Star entered Wednesday batting .107 in the postseason. He had driven in just two runs despite being repeatedly penned into the No. 2 spot by manager Kevin Cash, whose public confidence never wavered.

Lowe rewarded it in Game 2. The left-handed hitter hit a solo shot to left field in the first inning, then went that way again for a two-run drive in the fifth. They were his first opposite-field home runs all season.

The Rays say they knew the resurgence was coming.

“He can go quiet for a little while, but he can get as hot as anybody in baseball,” Cash said. “Hopefully that’s the trend we’re looking at moving forward.”

Lowe wasn’t the only struggling Ray to break through Wednesday. Seven of their nine starters had at least one hit, including the first knocks in this series for Austin Meadows, Ji-Man Choi and Willy Adames.

Even the starters that went hitless — Kevin Kiermaier and Mike Zunino — seem to be seeing the ball well. Kiermaier homered and had two hits in Game 1, while Zunino’s outs featured exit velocities of 107 and 102.9 mph.

“We have a bunch of hitters who have been slow here as of late,” Cash said. “But it does take a little mental fortitude to be able to withstand. You already put pressure on yourself, and you’re trying to do the toughest thing in sports, and that’s to hit a baseball. You’re trying to do it against the best pitching in baseball.”

The challenge will intensify in Game 3 on Friday. The Game 2 breakout came against a mishmash of back-end starters and middle relievers covering for a Dodgers club that taxed its rotation to get through the NL Championship Series.

Los Angeles next gives the ball to No. 1 starter Walker Buehler. He’s been essentially unhittable in this postseason, and he had his sharpest outing yet with six scoreless against Atlanta in NLCS Game 6 last Saturday. After that, top relievers Kenley Jansen, Blake Treinen and Brusdar Graterol await after going unused in the first two games.

The Rays will counter with Charlie Morton, a reliable old righty with a 2.84 career ERA in the postseason. The way the 36-year-old Morton has been throwing, a couple big hacks by Arozarena might just be enough.

If not, at least confidence is restored that someone else will pitch in. 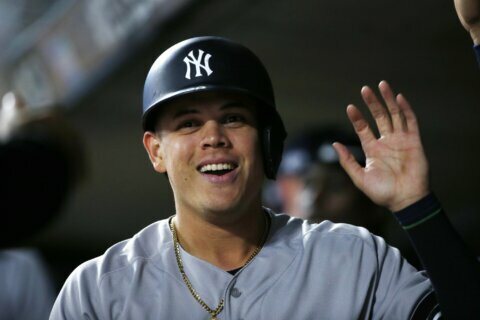 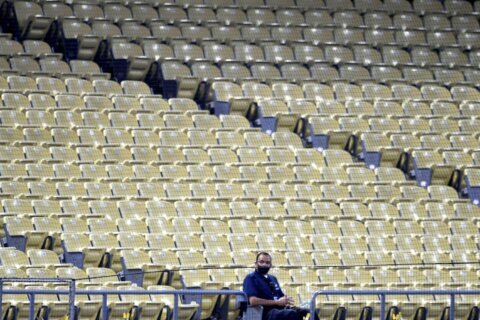