MINNEAPOLIS (AP) — Tucker Barnhart and Eugenio Suárez had RBI singles during a three-run 10th inning, and the Cincinnati Reds beat the Minnesota Twins 5-3 Sunday in a regular-season finale that determined postseason matchups.

Cincinnati (31-29) became the National League’s seventh seed and will play No. 2 seed Atlanta in the first round starting Wednesday.

“Everyone contributed. It was a fun game,” Reds manager David Bell said. “Maybe it wouldn’t have changed anything where we’re headed to Atlanta, but it sure was nice to see everybody play well, finish the regular season really feeling good about themselves and feeling good about our team.”

Despite the defeat, Minnesota (36-24) clinched its second straight AL Central title when the Chicago White Sox lost to the Cubs. The third-seeded Twins host No. 6 seed Houston in the first round starting Tuesday.

“We were not focused on who we might be playing,” Minnesota manager Rocco Baldelli said. “There was a lot going on in that game today. It’s impossible to deny. … Normally you just worry about winning the game. Normally you just go out and say, ‘We’re going to focus on winning. That’s the only thing that matters.’ And that’s the way it is probably 99% of the time you take the field.”

Caleb Thielbar (2-1) started the 10th and got one out, then was replaced by Sergio Romo, who allowed the run-scoring hits and a bases-loaded walk to Joey Votto while failing to get any outs.

Cincinnati had high expectations after adding Nicholas Castellanos, Mike Moustakas and Shogo Akiyama in the offseason and having Trevor Bauer from the start.

“We started this thing probably two weeks ago where it was, hey, these games matter,” Cincinnati starter Sonny Gray said. “These games have mattered for us for a long time and that’s the good part about it — we took the challenge face on, we took it head on. We’ve been playing meaningful baseball for a while now.”

Hosting Houston could be important for the Twins, a major league-best 24-7 at home this season. Minnesota went 101-61 last year and won the AL Central by eight games, then was swept by the New York Yankees in the Division Series.

As of the 10th inning, Minnesota still could have finished second, third or fourth in the seeding.

“With all the new rules, we can’t really watch the game any more on the TVs out there, so pretty much all we had to do was watch the scoreboard,” reliever Tyler Duffey said. “We knew who we needed to win and who needed to do what. … Obviously, we would have loved to have won and taken it in our own hands, but a win’s a win ultimately. You’ve got a day to get ready for our next series.”

Gray balked home the first run in the fifth, rushing a throw home when Jake Cave took off from third.

Twins: 3B Josh Donaldson (right calf cramp) and CF Byron Buxton (hit on the helmet by a pitch Friday) each missed his second straight game. Baldelli said Buxton has mild concussion symptoms and is improving. Baldelli is hopeful Buxton will be ready for the first game of the playoffs. Donaldson has a history of calf ailments and missed 30 games earlier this season with a strain of the same calf. 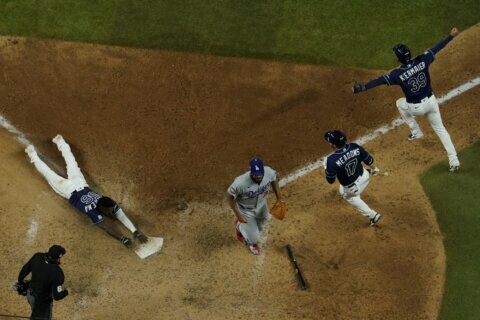 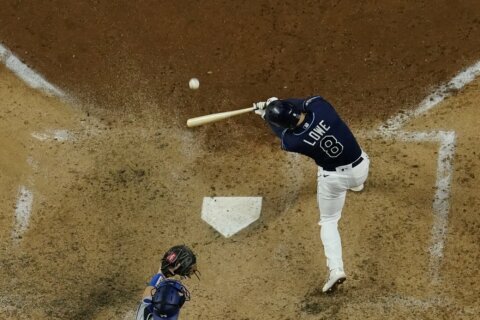