All Pirates players and coaches will wear No. 21 against the White Sox as part of Roberto Clemente Day. Major League Baseball has also given permission for players of Puerto Rican descent on other teams to wear the number for the day.

The Pirates and the family of the late Hall of Fame right fielder are hoping to spark a movement in which No. 21 will be retired throughout Major League Baseball. In 2009, MLB retired No. 42 in honor of Jackie Robinson, who broke the sport’s color barrier in 1947.

The star’s son, Roberto Clemente Jr., said he received a text from Pirates third base coach Joey Cora on July 29 at the behest of manager Derek Shelton, asking whether all Pittsburgh players could wear the number on Sept. 9.

“We are very, very fortunate that someone took that initiative, and it was Derek Shelton and Joey, a very proud Puerto Rican who has always been there pushing the envelope inside,” Clemente Jr. said this week.

Yu Darvish and Trevor Bauer pitch at Wrigley Field in a matchup of ace right-handers headed in different directions. Darvish, one of the front-runners for the NL Cy Young Award, is going for his eighth straight victory for the NL Central-leading Chicago Cubs. He has a sparkling 0.98 ERA during his winning streak.

Bauer starts for the Cincinnati Reds. He was terrific at the beginning of the season, but he is 0-3 with a 4.08 ERA in his last three starts.

The slumping Yankees turn to rookie right-hander Deivi Garcia (0-1, 3.38) in the finale of a critical series against the Blue Jays. The 21-year-old Garcia is set for his third big league start — he overwhelmed the Mets in his debut, but struggled against Baltimore in his second game.

The Yankees have lost five straight and 15 of 20 to fall three games behind Toronto for second place in the AL East. New York dropped the first two games of the series despite New York general manager Brian Cashman’s attempt to fire up the slumping Yankees in a meeting prior to Tuesday’s game.

“We haven’t played well now for quite some time,” Cashman said. “We all know we’re capable of more, significantly more, both individually and collectively.”

The Atlanta Braves are scrambling for rotation help after losing yet another starter Tuesday. Right-hander Max Fried was an NL Cy Young Award contender before landing on the 10-day injured list with a left-side muscle spasm in his lumbar spine. Atlanta’s entire projected opening day rotation is now out, a list that includes Mike Soroka (torn right Achilles tendon), Cole Hamels (shoulder and triceps), Mike Foltynewicz (designated for assignment) and Félix Hernández (opted out).

Right-hander Tommy Milone (0-0, 11.37) will get the ball against Miami as Atlanta tries to maintain its place atop the NL East.

Whatever happens with minor league baseball after this season, it will certainly be under new leadership. MiLB President and CEO Pat O’Conner abruptly announced Tuesday that he will retire at the end of the year amid talks between the minors and MLB to dramatically restructure baseball’s developmental pipeline. The agreement governing the relationship between MLB and the minors expires Sept. 30. With so many franchises struggling financially after the 2020 minor league season was cancelled due to the coronavirus pandemic, contraction now seems likely. 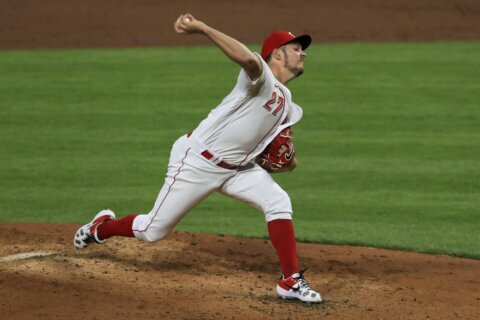 A capsule look at the Reds-Braves playoff series 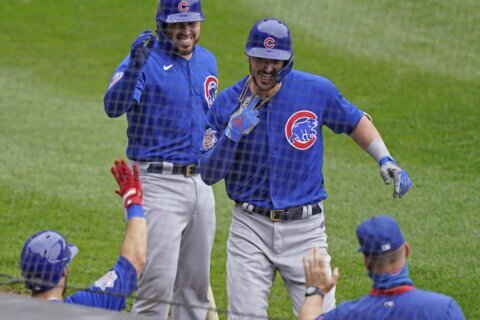 Cubs, Marlins set to meet after bumpy paths to postseason 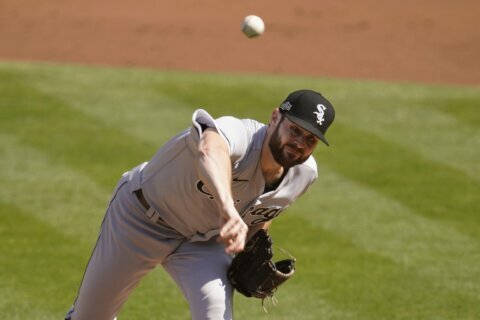