DENVER (AP) — Mike Fiers threw six sharp innings before turning it over to a lights-out bullpen and the Oakland Athletics snapped a six-game skid against the Colorado Rockies with a 3-1 win Wednesday.

Next up, a well-earned day off for the Athletics, who have played 16 games in 13 days. They finished the stretch 9-7.

“This was a big win for us, probably as big as any we’ve had this year,” Athletics manager Bob Melvin said.

Fiers (6-2) may not throw hard — his fastball routinely hits the upper 80s — but he limited Colorado to a run by mixing in an effective slider and change-up. The Rockies were 1-for-8 with runners in scoring position against the 35-year-old Fiers.

The bullpen with the best ERA in baseball took it home. Jake Diekman struck out three over 1 1/3 innings. He hasn’t allowed a run in 17 1/3 innings this season. Liam Hendriks got the final five outs to pick up his 13th save in 14 chances.

It was Hendriks’ first time pitching at Coors Field. He said he suffers from altitude sickness, but takes medication to help alleviate it.

Tony Kemp made an acrobatic move to score the game’s first run in the third. Caught in a rundown heading for home, he somehow swerved around the tag of first baseman Josh Fuentes — who was covering the plate — and touched home with his left hand as he tumbled to the dirt.

“Let’s be honest, that was an unnatural move that 99% of people even in the big leagues wouldn’t be able to make,” Hendriks said.

Another big play was turned in by Gold Glove first baseman Matt Olson, who threw out Tony Wolters at third on a grounder in the fifth inning of a tie game. Wolters had led off the frame with a double.

Jake Lamb had two hits, including an RBI single as part of a two-run sixth that gave the Athletics a 3-1 lead. Lamb is 5 for 11 since agreeing to terms with Oakland on Sept. 14 after being released by Arizona. He was 5 for 43 with the Diamondbacks this season.

It was another hard-luck loss for Rockies ace Germán Márquez (2-6), whose last win was Aug. 4. After fighting with his command early, the hard-throwing righty found his rhythm in allowing three runs over 6 2/3 innings. He struck out six and issued a season-high four walks.

The Rockies are trending the wrong way as they try to stay in the playoff chase. After starting 11-3, they’ve gone 11-23 since Aug. 9. It’s the worst winning percentage in the majors over that span.

“We’ve seen that a lot the last month or so, where we’ve had the opportunities to cash in, or to get a big hit, a clutch hit, and we just haven’t gotten it consistently,” Rockies manager Bud Black explained. “So it’s frustrating for the guys right there. They’re coming back to the dugout angry, frustrated. But they’ve just got to keep going, and hopefully one of these days we can catch a little lightning.”

Rockies: RHP Jon Gray (sore shoulder) was shut down for the season. Gray finished the season 2-4 with a 6.69 ERA.

Black sent a congratulatory text to Nuggets coach Michael Malone, whose team rallied from a 3-1 deficit to beat the Los Angeles Clippers in Game 7 of their playoff series. The Nuggets are headed to the Western Conference finals after their second straight comeback from a 3-1 series deficit.

Denver became the third team in the U.S. major pro sports to rally from a pair of 3-1 deficits in the same postseason, joining the 2003 Minnesota Wild and a squad Black knows well — the 1985 Kansas City Royals. Black appeared in five playoff games as the Royals captured a World Series title that season.

“You don’t see it a lot,” Black said of the Nuggets, who next face the Los Angeles Lakers. “Hopefully, they don’t get down 3-1. If they do, hey, they’re never out of it. They’ve proven that.”

Athletics: After an off day, open a three-game series against San Francisco on Friday. 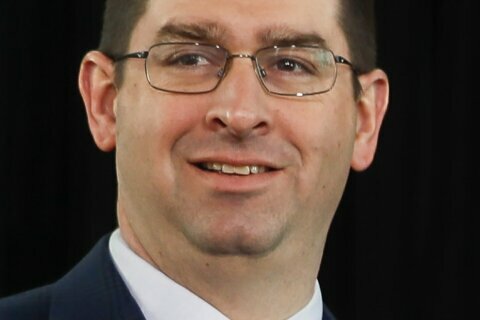 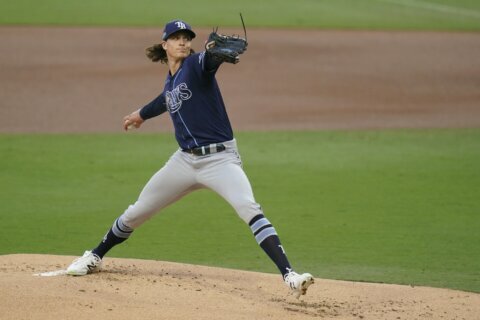 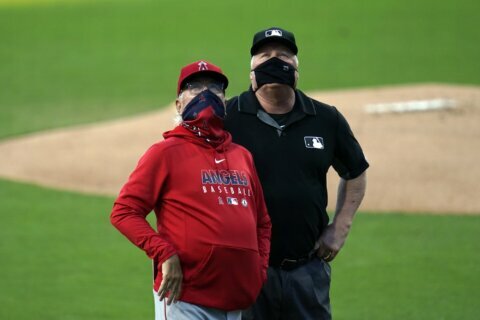