A capsule look at the Reds-Braves playoff series

A capsule look at the best-of-three playoff series between the Cincinnati Reds and Atlanta Braves beginning Wednesday. All games in Atlanta:

Series Summary: The Reds took off in early September and earned their first playoff appearance since 2013. Cincinnati won six in a row beginning Sept. 13 and finished the season 11-3, including an extra-inning victory over Minnesota in the finale. The team won its last five series. The resurgence coincided with that of Votto, benched by Bell for three games when he was batting .191 in late August. The veteran slugger responded by batting .367 with three home runs in the next nine games and kept on hitting. … Bauer won three of his last four starts. … Cincinnati has three All-Star starters lined up for this series, while the injury-plagued Braves rotation was patched together all season behind Fried. … The Reds haven’t advanced in the postseason since 1995, when they swept the Dodgers 3-0 in the Division Series before getting swept by Atlanta 4-0 in the NLCS. That was the only time these clubs have met in the playoffs.

Series Summary: The Braves have won three straight NL East titles but haven’t won a playoff series since 2001. They’ve dropped 10 straight postseason rounds, including a loss to St. Louis in the 2019 Division Series. … The Braves swept Cincinnati in the 1995 NLCS before beating Cleveland for their only World Series championship in Atlanta. … Braves won the division despite a wave of injuries and demotions from their rotation, including the loss of top starter Mike Soroka for the season and most recently shutting down veteran Cole Hamels after only one start. Fried tweaked his ankle in his last start on Wednesday but threw well in a side session Sunday. Anderson has only six career appearances, and the young rotation could force the Braves to rely on their bullpen. Acuña was scratched from Sunday’s final regular-season game with left wrist irritation, a concern since he spent time on the injured list with the same problem last month. 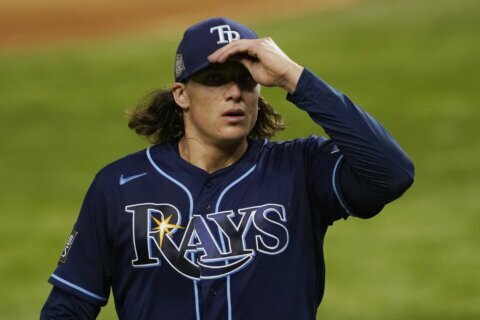 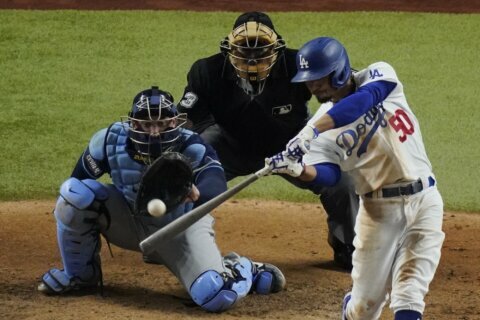 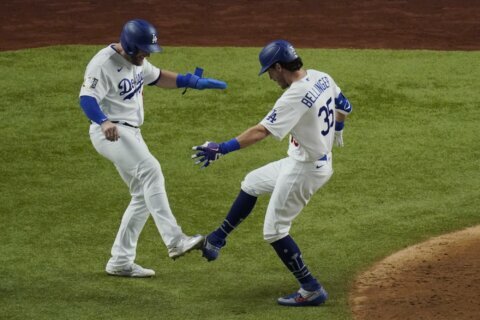