NEW YORK (AP) — The New York Yankees have placed reliever Zack Britton on the 10-day injured list with a strained left hamstring after he was injured in Wednesday’s loss to the Tampa Bay Rays.

Britton underwent an MRI before Thursday’s game and the Yankees put him on the IL about 90 minutes before the game.

Britton replaced Gerrit Cole in the seventh inning Wednesday and allowed RBI singles to Mike Brosseau and Willy Adames in the eighth inning of the Yankees’ 4-2 loss.

He winced after getting pulled from the game with two runners on base and one out in the eighth.

Britton was the Yankees’ closer and filled in nicely while Aroldis Chapman was recovering from COVID-19. Britton converted all eight save chances before moving back to his setup role when Chapman was activated Monday.

To replace Britton, the Yankees added two pitchers from the alternate site in Scranton-Wilkes/Barre recalling Ben Heller and Miguel Yajure. Heller has a 3.38 ERA in three appearances this season and Yajure split last season between Class A Tampa and Double-A Trenton.

To make room for Heller and Yajure, the Yankees also optioned Miguel Andujar to the alternate site. Andujar is 2-for-21 in eight games this season. 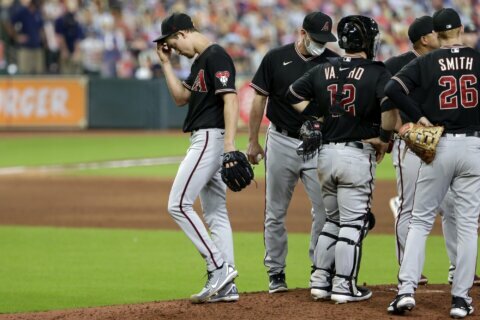 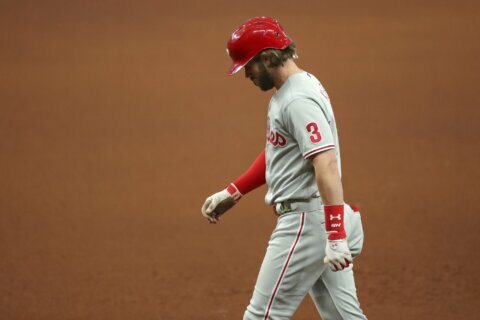 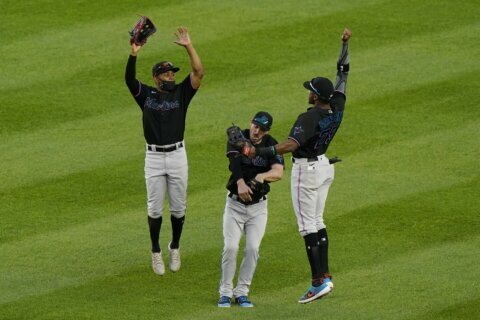