RUTH BADER GINSBURG, 1933-2020: Trump to Senate: Vote 'without delay' on his high court pick | How Ginsburg's death could reshape the election | How to honor RBG by supporting her favorite causes
Home » MLB News » LEADING OFF: A's try…

A look at what’s happening in the majors today:

The Athletics try for their 10th straight win when they start a series on the road against the Angeles. In the meantime, outfielder Ramon Laureano and the A’s — along with the Houston Astros — will see if Major League Baseball will issue any discipline for their dust-up.

Laureano charged toward Houston bench coach Álex Cintrón after being hit by a pitch Sunday at the Coliseum. Astros catcher Dustin Garneau left the dugout to tackle Laureano as the benches emptied.

Players who were sitting in the seats, observing COVID-19 social-distancing protocols, also rushed onto the field. The skirmish came months after Houston’s sign-stealing scandal was brought to light by Oakland pitcher Mike Fiers.

Less than two weeks ago, Dodgers reliever Joe Kelly was suspended by MLB for eight game after throwing two pitches near the heads of Houston hitter. Kelly is appealing the penalty.

Vladimir Guerrero Jr. and the Blue Jays might take a look around their new home for the rest of the season — that’ll be Sahlen Field in Buffalo.

Barred from playing in Toronto this year by the Canadian government over health concerns about the coronavirus, and having been on the road for every game this year, the Blue Jays will move into the ballpark of their Triple-A affiliate.

Toronto’s first game in Buffalo will be Tuesday night against Miami. The Blue Jays have a day off before that, but manager Charlie Montoyo said the team was invited to the stadium to get an early look at the changes, which include new lighting.

“We haven’t seen them, either,” Montoyo said Sunday. “We’re going to give the players the option tomorrow night to see if they want to see what it looks like.”

Charlie Blackmon is hitting .458 as the Rockies open a series at Coors Field against Arizona. The four-time All-Star outfielder has a 13-game hitting streak and is 27 for 59 this season.

The Cardinals haven’t played since July 30 because of virus concerns and now will have to wait even longer before getting back on the field.

The entire three-game series between Pittsburgh and St. Louis at Busch Stadium has been postponed. There have been 27 games postponed by Major League Baseball because of the coronavirus, 13 of them involving the Cardinals. 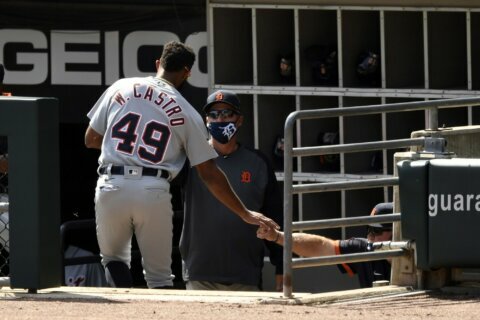 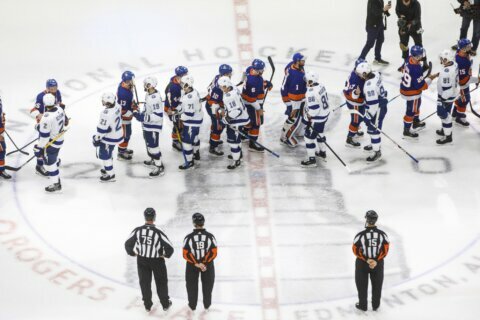 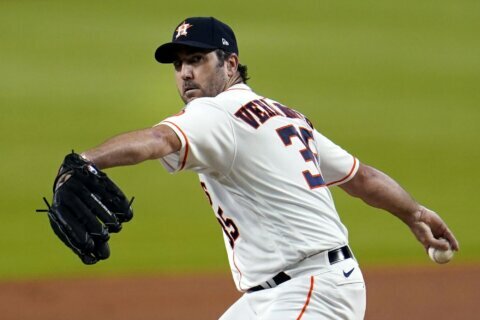