In the opener of the two seven-inning games, Brad Keller didn’t allow a hit until the sixth and extended his shutout streak, leading the Royals to a 4-0 win.

Bauer allowed only a single by Adalberto Mondesi in the fifth. He walked three and struck out nine, lowering his ERA to 0.68. He has allowed two runs on eight hits in 26 1/3 innings this season.

“It’s always nice to pitch well, especially coming off the first game of the doubleheader, and we needed to get a win,” he said. “That was the biggest part of it, trying to go out there and lift the team.”

The Reds hit four homers to back Bauer.

After Brett Phillips lined out to right to end the game, Bauer unbuttoned his jersey to reveal a T-shirt depicting him amid a low point in his career, a meltdown during his previous visit to Kauffman Stadium last July. Bauer threw the ball over the center field wall as Cleveland manager Terry Francona approached the mound to remove him from his last game before the Indians traded him away. The shirt had an image of Bauer chucking the ball and the phrase “Send It.”

“I had a lot of people say things online like, ‘Go throw another temper tantrum,'” Bauer said. “I thought it would be appropriate to allude to that moment. If you can’t mock yourself and make fun of yourself, life is going to be pretty lonely. That’s all I’m trying to do, have a little bit of fun with myself.”

Before the game, the outspoken right-hander tweeted that he would wear cleats featuring the phrase “Free Joe Kelly” and an image of the Dodgers reliever, who was suspended for throwing near the heads of Houston batters. Kelly’s suspension was reduced from eight games to five on appeal.

Bauer, however, did not wear the cleats on the mound.

”(MLB) threatened to eject me from the game and suspend me if I wore them,” he said. “I don’t think they have grounds to do that. I guess it would be considered a uniform violation, even though it’s not really a violation with the new rules this year.

“I just didn’t want to put my teammates in a situation like that.”

The second game also included an on-air apology by Reds broadcaster Thom Brennaman, who used a gay slur during the broadcast of the first game. Brennaman did not seem to realize he was on the air when he said the word. He left the broadcast after apologizing, saying he was “deeply ashamed.”

After the game, the team announced Brennaman was suspended from doing Reds broadcasts.

In his first major league start in more than a year, Matt Harvey (0-1) threw 54 pitches in three innings and allowed two homers, both in the third. He gave up three runs on four hits with two walks and four strikeouts.

“I was really, really impressed,” Kansas City manager Mike Matheny said. “It was better than even what I expected or from what I saw on video, seeing it live, I’m really happy with how the ball was jumping out of his hand.”

Jesse Winker’s two-run homer, his sixth of the season, got the Reds on the board for the first time Wednesday. Winker walked in all three plate appearances in the first game and is 18 for 33 (.545) in his last 13 games. Eugenio Suarez followed Winker with a 428-foot shot to center field.

Nick Castellanos homered in the fifth off Greg Holland, and Curt Casali led off the sixth with a home run to make it 5-0.

Keller (3-0) hasn’t permitted a run in 17 2/3 innings this season after coming back from a positive test for COVID-19. He held the Reds without a hit in the seven-inning opener until Tucker Barnhart looped a single into center to begin the sixth.

Cincinnati played for the first time since Friday night. The Reds had home games against Pittsburgh called off Saturday and Sunday after a player tested positive for the coronavirus, and the series opener at Kauffman Stadium was postponed Tuesday night while Major League Baseball did additional testing.

Keller gave up three hits, struck out five and walked Winker three times — his only walks in 6 2/3 innings. The 25-year-old righty exited with two on and Trevor Rosenthal retired the only batter he faced for his sixth save.

“He was special,” Matheny said. “I think he got into a rhythm where his breaking ball was just as good as his fastball was. He had his fastball going to both sides of the plate. He had it cutting at times and had good sink when he needed it.”

Reds: Former Royals star Mike Moustakas returned to the lineup after being sidelined by a quad strain since Aug. 4. The infielder started the first game as the designated hitter.

Royals: C Salvador Perez was held out of the first game with recurring symptoms from fluid in his left eye. He missed Sunday’s game, but was in the starting lineup Monday in Minnesota. He came out of that game as blurry vision worsened. He’s listed as day-to-day.

The Reds placed CF Nick Senzel on the injured list for undisclosed reasons. He missed time earlier this year because of symptoms of COVID-19.

The Royals reinstated RHP Jesse Hahn from the paternity list and designated him as 29th player for the doubleheader.

Royals: Have Thursday off before starting a three-game series against the Minnesota Twins on Friday. 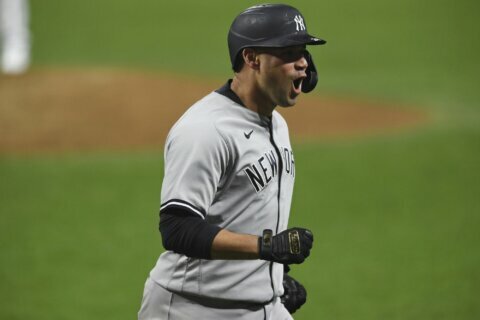 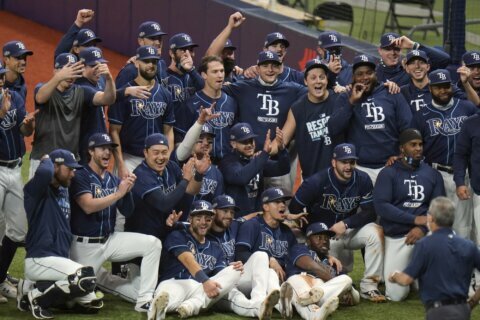 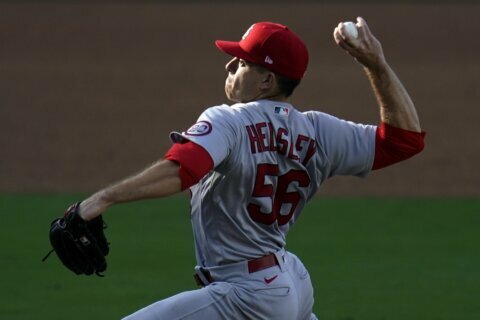