Gallen (1-0) came into the game with a 2.25 ERA, but had taken a no-decision in his first six starts. The right-hander threw seven impressive innings, giving up five hits and issuing one walk.

Arizona’s offense gave Gallen an early cushion, scoring one in the first, two more in the third and four in the fifth for a 7-0 lead. The Diamondbacks were fortunate during their four-run outburst. Ketel Marte hit a bloop single that landed on the right-field foul line and a few other softly hit balls found holes.

“It was huge,” Gallen said. “We were on that skid. We’re such a better team than how we’ve been playing and the guys know that, everyone knows that. Sometimes you need some breaks, some hits to fall in, stuff like that.”

The Giants scored their only run off Gallen when Evan Longoria homered in the sixth.

Arizona is still in last place in the NL West but improved to 14-19. Ketel Marte had two hits, including a double, and scored two runs. Christian Walker had two RBIs.

“We’re going to celebrate this one a little bit longer,” Arizona manager Torey Lovullo said. “Then we’ll turn the page and do it again tomorrow.”

Tyler Anderson (1-2) had a rough outing less than a week after throwing a three-hitter against the Diamondbacks in San Francisco. The left-hander was charged with seven runs and nine hits in 4 2/3 innings.

“It was a little bit of everything,” Anderson said. “Not that (the pitches) were all that bad, but some of them if maybe they were down, they were a little more middle than off than I would have liked it. Just not quite as crisp.”

The Giants trailed 7-1 going into the ninth. Wilmer Flores doubled home Brandon Belt and Brandon Crawford hit a two-run homer off Taylor Widener before the rookie right-hander closed it out.

San Francisco has lost three straight games to fall to 15-19 overall. The first two losses were against the Dodgers.

“There’s some credit that deserves to be given to Clayton Kershaw, the Dodgers bullpen and today Gallen,” Kapler said. “Those are three tough matchups. The flip side of that, is that’s major league baseball. Every time you go out there, you’re going to be facing somebody who’s got great stuff and the ability to beat you. We’ve got to step up and meet that challenge.

Gallen set a big league record by allowing three or fewer runs in the first 22 starts of his career. The 25-year-old was traded to the Diamondbacks from the Miami Marlins last season for fellow prospect Jazz Chisholm.

“That’s really, really impressive,” Lovullo said. “I stopped to congratulate him just now to let him know it’s an amazing accomplishment, one that’s built through a lot of hard work and trust in the people around him. We want that streak to continue and I think it will.”

The previous record was 21 straight starts by Boston’s Aaron Sele, who accomplished the feat over parts of 1993 and 1994.

Arizona announced it will play a doubleheader against Colorado on Sep. 25 at Chase Field. The teams elected to postpone Thursday’s game to protest racial injustice.

Diamondbacks: Lovullo said he’d wait at last one more turn through the rotation before putting LHP Madison Bumgarner (strained back) into the mix. Lovullo said Bumgarner feels good but he wants the veteran at full strength when he returns. 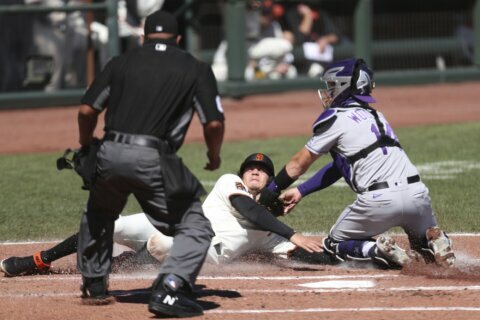 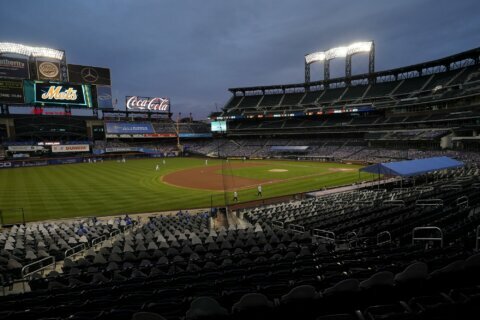