CLEVELAND (AP) — There was a painful moment for Mike Clevinger when the magnitude of his risky off-the-field behavior hit him hardest.

“I saw the disappointment with the guys,” Clevinger said. “The hardest pill to swallow was that I made a really selfish choice.”

On Wednesday night, he took a step toward gaining his teammates’ forgiveness.

Clevinger pitched effectively in his first start since breaking COVID-19 protocols and his teammates’ trust, and Tyler Naquin doubled home the go-ahead run in Cleveland’s three-run eighth inning as the Indians beat the Minnesota Twins 6-3 on Wednesday night to tighten the AL Central.

Clevinger gave up a homer to Max Kepler on his third pitch, but settled in and held the Twins to two runs over six innings in his first start since Aug. 5.

His return meant more than his resume.

Three days after his last outing, Clevinger and teammate Zach Plesac left the team’s Chicago hotel, socialized outside the team’s “bubble,” missed curfew and caused a rift inside the clubhouse.

All seems to be mostly forgiven as Clevinger was welcomed back and the Indians won two of three in the series to close within one-half game of the first-place Twins.

Clevinger said everything felt different when he walked back into Cleveland’s clubhouse. Normally the life of the party, the right-hander knows it will take time before things are back to normal — to him being himself, to being fully accepted.

“It was my mistake,” he said. “It was my mess-up that caused a whirlwind for everybody for a while and it wasn’t my place to come into the clubhouse and be the same Sunshine (his nickname) and rah-rah. I’m walking on a tightrope right now as I should be.

“I’m making sure I contribute and not be a distraction.”

José Ramírez hit a three-run homer in the third and Naquin doubled off Sergio Romo (0-1) in the eighth to break a 3-3 tie. Greg Allen followed with a sacrifice fly, much to the delight of Ramírez and Francisco Lindor, who aimed much of their dugout commentary at the bearded, animated Romo.

Phil Maton (2-0) picked up the win in relief and Brad Hand worked the ninth for his ninth save.

But it was Clevinger’s return that meant the most to the Indians, who have had a 162-game season’s worth of drama packed into 31.

Clevinger said it will be his actions that carry more weight than his 95 mph fastball or win total.

He never worried about being an outcast.

“This is such a good group of guys,” he said. “They are not the type to hold a grudge. I understand why they were hurt. I understand that time was going to be the ultimate factor in the healing process. I have to show that I’m trusted to do the right things away from the field.”

Clevinger and Plesac were demoted by the Indians in the aftermath of violating the team’s code of conduct implemented to keep players, coaches and staff safe from the coronavirus. Plesac remains at the team’s alternate site in Eastlake, Ohio, waiting for his turn and a chance at redemption.

“He wanted to make sure he’s accepted by the guys and the guys did,” he said. “He warmed himself in. I don’t know if he carried that to the mound the first couple of innings, but after a while, he settled down and was the same guy. But the guys did a good job accepting him here.”

Kepler had a great first inning, homering and making a leaping catch in right.

But he fouled a ball of his foot in the second and left the game. The Twins said X-rays showed a bruise and he’s day-to-day.

“He’s feeling much better,” manager Rocco Baldelli said. “It was stiffening up on him very quickly. I think we’re going to know a lot more (Thursday) about how he’s feeling, and I wouldn’t want to make any judgments right now.”

As they’ve done all season, Indians players wore T-shirts saying “End Racism” and other justice-related slogans during batting practice. About the same time they were warming up, the NBA postponed three playoff games as teams boycotted to protest the shooting by police of a Black man in Wisconsin.

The teams did not consider not playing, and Allen said the outside events helped shaped the team’s attitude toward Clevinger.

“We’re all human beings,” he said. “We’re all susceptible to making mistakes. And even on our best days. we’re not perfect. It’s about empathy, being able to look in the mirror and understand that it’s sometimes trial and error. We’re going to fall down, but we have to get ourselves back up.”

Twins: Randy Dobnak (5-1) will start the opener of a four-game series Friday in Detroit. 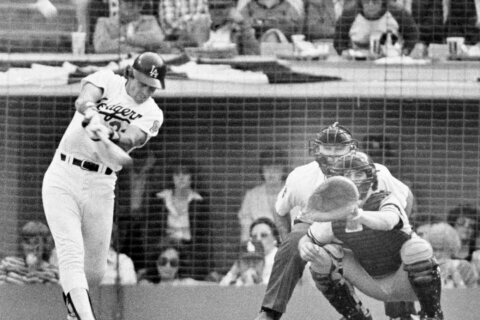 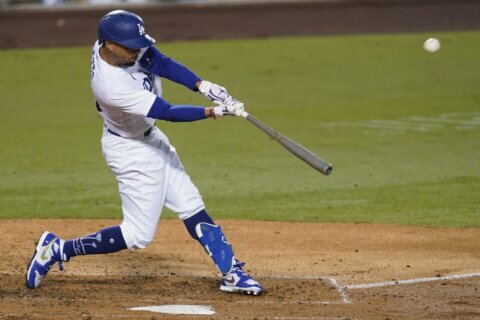 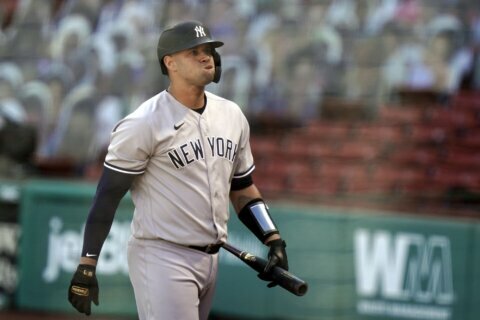