Cardinals return to St. Louis, get in workout ahead of games

The St. Louis Cardinals returned to the field for light workouts Wednesday, nearly a week after an outbreak of COVID-19 forced the club and its staff members to quarantine in Milwaukee and set the rest of their season into upheaval.

Cardinals manager Mike Shildt called it “a breath of fresh air” after five days spent in The Pfister Hotel, where players tried to keep their arms limber by throwing baseballs into mattresses and pillows. The Cardinals had returned 13 positive tests in their traveling party, seven of them players, forcing them to suspend their season.

They were finally cleared to travel back to St. Louis late Tuesday, when they returned negative tests for the second straight day. Their flight left Wednesday morning and that gave them the afternoon and Thursday to get in workouts.

The Cardinals will resume their season against the Chicago Cubs on Friday night at Busch Stadium.

“You can’t take for granted even the freedom we have in a somewhat limited-freedom world when you’re in a hotel room for six straight days and you get outside,” Shildt said on a conference call. “It’s a nice feeling to feel that sun, and move around, and get a little sweat going and see the guys enjoying their workout.”

Now, the trick becomes filling out a roster decimated by injuries and disease.

Among the players that confirmed they tested positive for COVID-19 were a pair of All-Stars in catcher Yadier Molina and Paul DeJong. All-Star right-hander Carlos Martinez also went on the injured list, though no reason was given, which means the Cardinals will be down seven players when they take on their bitter NL Central rivals.

To help fill the vacancies, which become two fewer with rosters reduced from 30 players to 28 on Thursday, the Cardinals recalled pitchers Alex Reyes and Genesis Cabrera from their alternate training site in Springfield, Missouri. They also purchased the contracts of infielder Max Schrock and pitcher Roel Ramirez, neither of whom has appeared in a big league game, while placing infielder Rangel Ravelo on the injured list and adding catcher Jose Godoy to the taxi squad.

“You know, I’m optimistic. I’m optimistic about the group I currently have,” said Shildt, whose club will have to play 55 games in 52 days to complete a 60-game season. “We clearly miss the guys that aren’t here. But the guys are in good spirits and excited to get back. We’ll just take it day by day with this group and compete.”

Shildt said there is still some uncertainty about how the virus swept through the clubhouse, but the Cardinals believe it was introduced from someone asymptomatic who came in contact with the team. Shildt also bristled at the notion that some of his players were acting cavalierly when it came to wearing masks and social distancing.

“I don’t know what everyone did every waking moment, but I know everyone involved and they’re responsible people. I witnessed their responsibility. I know they were diligent at the ballpark and the protocols there and I’m pretty confident people were diligent away from the ballpark,” Shildt said. “I’m sure people will pass judgment on it, but I would hope for some empathy what’s going on with the players.”

In his view, very little about the coronavirus is fair.

“It’s scary how quick it can go and move with people that are taking every precaution they can,” Shildt said. “We’ll just be more diligent. In some cases that’s hard to imagine, but this group has had some conversations, players and staff. We care about our teammates and we care very much about our industry, and we cared very much about it before it happened. But we will take it to the next level where, candidly, we probably won’t interact at all in any shape or form.”

Shildt said he’s been in contact with all the players who tested have positive — the others confirmed are Ravelo, infielder Edmundo Sosa and relievers Junior Fernandez and Kodi Whitley — along with the six staff members. All are doing well.

“We’ll err on the side of caution,” he said. “The fact of the matter is we have baseball games to play. We’ll show up and play, and we’re excited about that. We’re excited to get back on the field, get back in the mix.” 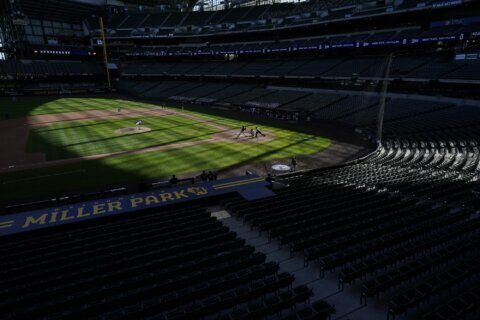 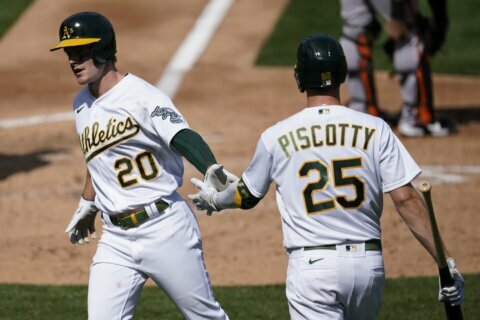