Selected in the first round of the 2017 draft, Pearson told the team about the injury after a poor outing against the Orioles on Tuesday night in which he gave up three homers, five runs and three walks in four-plus innings.

“The good news is that he was feeling better this morning, but of course he’s one of our big prospects so we’re going to have to be careful with him,” manager Charlie Montoyo said Wednesday. “We’ll run him through all the tests and see where he is.”

Pearson took a 7-3 lead into the bottom of the fifth against Baltimore needing three more outs to qualify for his first major league victory, but he was lifted after giving up a walk and a homer.

“During the outing he never said anything,” Montoyo said. “If he would have said something we would have taken him out. It was after the game.”

Pearson, who turns 24 on Thursday, has a 6.61 ERA despite throwing five shutout innings against Washington in his major league debut. 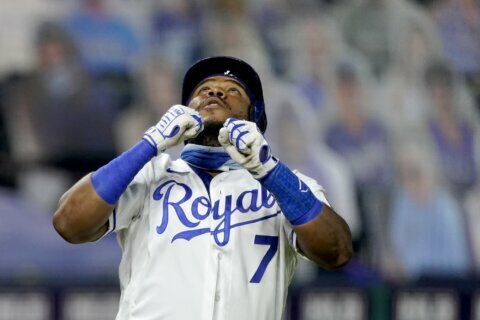