CHICAGO (AP) — Keston Hiura and Orlando Arcia homered, and the Milwaukee Brewers beat the Chicago Cubs 6-5 on Sunday for their third straight win against the NL Central leaders.

Arcia had three hits and scored the go-ahead run on Ryan Braun’s seventh-inning single off Jason Adam (0-1) at Wrigley Field. Hiura belted a tying three-run drive in the third for his fifth homer.

“Doing it here at Wrigley, we were able to come back and win three consecutive games, that’s huge for us,” Hiura said. “It’s good to see the offense coming alive, breaking the potential of what this lineup can do.”

Eric Yardley (1-0), the first of four Milwaukee relievers, pitched a scoreless inning for the win. Josh Hader got three outs for his fifth save.

Hader, David Phelps and Devin Williams combined to strike out six over the final three innings. The Cubs struck out 53 times during the four-game set.

“The first 15, 16 games, we just couldn’t put anything together,” Hader said. “We’d win one, we’d lose one. We’d pitch and we couldn’t hit. Then we hit and we couldn’t pitch. So to come in and play three good games to close out this series gives us some momentum going forward.”

Steven Souza Jr. and Jason Kipnis each drove in two runs for Chicago.

“Unfortunately, when you give up a three-run and a two-run homer, it’s tough to come back,” Lester said. “I feel like (if) a couple of things go our way this weekend, we’re 3-1 (in the series) instead of 1-3.”

The Cubs jumped on top 3-0 in the first. Kyle Schwarber singled in Anthony Rizzo and scored on Souza’s two-run double.

Lester retired his first seven batters before running into trouble. Luis Urias and Arcia hit consecutive singles with one out in the third. After Braun struck out, Hiura sent a drive deep to center.

Before the homer, Hiura was mired in a 1-for-21 slide.

In the fifth, Urias led off with a triple and Arcia followed with a two-run homer to put the Brewers on top 5-3.

The Cubs tied it on a two-run single by Kipnis with two out in the sixth.

Cubs right-hander Craig Kimbrel, who lost the closer job when he got off to a shaky start this season, pitched a spotless eighth with two strikeouts for his second straight solid outing.

“Craig’s throwing the ball really well,” manager David Ross said. “The things that he’s done over the years is starting to show. He’s put in a lot of work.”

Before traveling to Minnesota for a three-game series beginning Tuesday night, the Brewers were planning to return home Sunday night.

“I think it will be great to just get back in our own beds for one night,” reliever Brent Suter said. “We’re going to hopefully get back decently early, enough to have some time at home, hang out, catch up with families.”

Before the game, Chicago placed starter Tyler Chatwood on the 10-day injured list with a mid-back strain and brought up Adam from its alternate training site in South Bend, Indiana.

Chatwood’s IL move was made retroactive to Thursday.

To make room for Adam on the 40-man roster, right-hander Jharel Cotton was designated for assignment.

Cubs: OF Jason Heyward (back tightness) was held out as a precaution. … SS Javier Báez was out of the starting lineup.

Brewers: RHP Corbin Burnes (0-0, 3.38 ERA) starts at Minnesota on Tuesday night in the opener of a three-game series.

Cubs: The homestand continues with a doubleheader against the St. Louis Cardinals on Monday. Ace Kyle Hendricks (3-1, 3.08 ERA) will start Game 1 against lefty Kwang Hyun Kim (0-0. 9.00 ERA). The Cubs have not named a starter for Game 2. 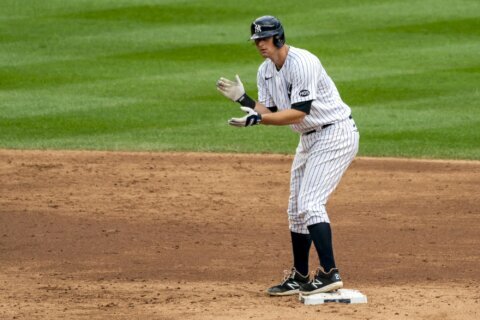 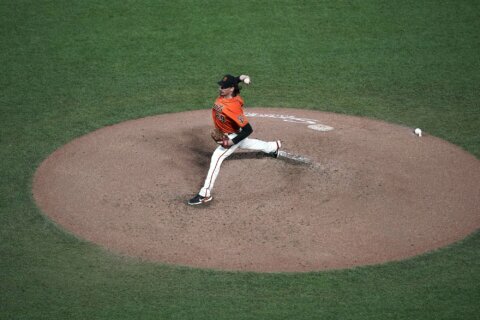