Padres get Clevinger from Indians in 5th trade in 3 days

The contending San Diego Padres acquired Mike Clevinger in a multiplayer deal with the Cleveland Indians on Monday, bolstering their rotation with another bold move ahead of baseball’s trade deadline.

San Diego got Clevinger, outfielder Greg Allen and a player to be named from Cleveland for a package of young players that included outfielder Josh Naylor, right-hander Cal Quantrill and catcher Austin Hedges.

Led by exciting young shortstop Fernando Tatis Jr. and suddenly hot Manny Machado, San Diego is going for its first playoff appearance since 2006. The acquisition of Clevinger is the Padres’ fifth big trade since Saturday. They made a smaller deal right at the deadline, picking up reliever Taylor Williams from Seattle for a player to be named.

Clevinger said the Padres were already a World Series contender before all the trades.

“I think this is a team that can make a serious, serious run. I don’t think there will be many teams that will get in the way of what we’ve got right now,” said Clevinger, who hopes to join the Padres in time for a series that starts at Anaheim on Wednesday.

San Diego acquired veteran catchers Jason Castro and Austin Nola in a pair of deals Sunday, making Hedges expendable. First baseman Mitch Moreland came over in a trade with Boston, and the Padres added reliever Trevor Rosenthal in a deal with Kansas City.

The 29-year-old Clevinger strengthens a rotation that has had a few stumbles lately, including Garrett Richards going two or fewer innings in consecutive starts and opening-day starter Chris Paddack struggling before bouncing back with a strong performance Sunday at Colorado.

Clevinger went 13-4 with a 2.71 ERA in 21 starts last year. The long-haired right-hander nicknamed “Sunshine” also is contractually controlled through the 2022 season.

Cleveland is in the mix for the AL Central title, but Clevinger may have worn out his welcome when he was caught breaking COVID-19 protocols a couple weeks ago, leading to a trip to the team’s alternate training site.

Clevinger and teammate Zach Plesac left the team’s Chicago hotel, socialized outside the team’s “bubble,” missed curfew and caused a rift inside the clubhouse. Clevinger returned to Cleveland’s rotation Wednesday, pitching six effective innings in a victory over Minnesota.

“I think we all have some hiccups and I don’t think that one mistake in my life is going to define me or my career,” Clevinger said. “It doesn’t define what I’ve done for the past five years or the kind of teammate I’ve been or the kind of person I am. I knew the changes that had to be put in place, maybe some self-reflecting that needed to be done was done.”

Padres general manager A.J. Preller and his staff have been laying the groundwork by building up the farm system for the last four or five years. He said the way the Padres have played this year has energized himself and owners Ron Fowler and Peter Seidler.

“It’s all part of a plan, so it’s never like an emotional decision or anything like that. But I think the team itself has showed it’s a good ballclub, it’s a fun team to watch, and when we had some trades that lined up with a farm system that was deep, and a young major league team that was deep, it enabled us to make some deals that we feel like are going to help us here over the course of not just the next couple of weeks, but the next couple of years.”

Said rookie manager Jayce Tingler: “It was exciting because you want to be on this side of the trade deadline and not the other.”

Clevinger is the third front-line starter traded away by Cleveland in the past year. Trevor Bauer was shipped off to Cincinnati at the 2019 deadline, and two-time Cy Young Award winner Corey Kluber was dealt to Texas in December.

Even without Clevinger, the Indians have plenty of young pitching with ace Shane Bieber, Aaron Civale, Plesac and rookie Triston McKenzie, who has looked like a seasoned veteran in two starts.

Indians general manager Chris Antonetti said the team had moved past Clevinger breaking the COVID protocols, but felt it had starting pitching depth to make a deal. He said Plesac will rejoin the team Monday and take Clevinger’s spot in the rotation Tuesday.

“What we were seeking to do was impact this year and future years,” Antonetti said. “This deal allows us to do that, where we’re bringing back a blend of players, both to our major league team and to our system that will position us to do that.”

The trade could signal more moves.

The Indians kept All-Star shortstop Francisco Lindor at the deadline, but his future looms over the Cleveland franchise. He has turned down several contract extensions from the club, which has acknowledged it can’t compete with what other teams can offer him as a free agent.

Lindor is under contractual control through 2021, so the Indians have to weigh chasing a World Series title — they haven’t won one since 1948 — or dealing the popular star before he walks. 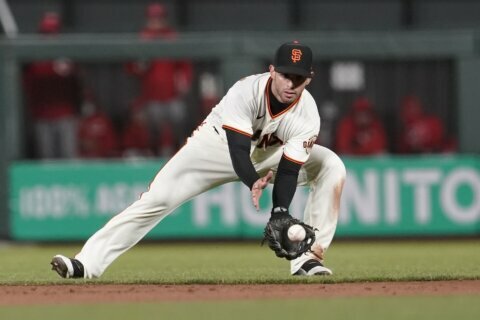 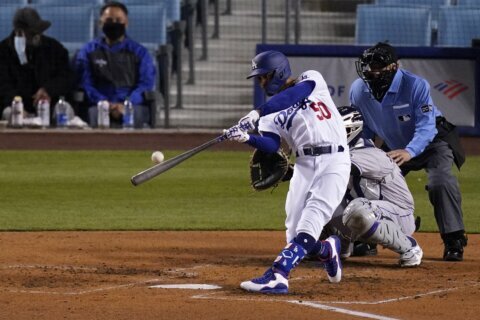 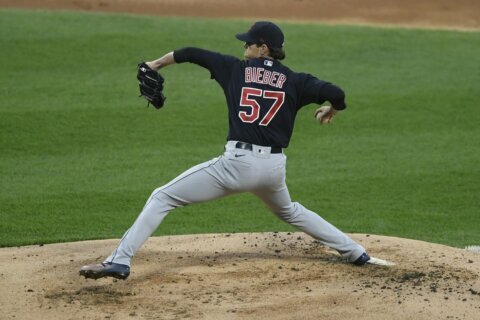