ARLINGTON, Texas (AP) — Trevor Story’s big day for Colorado back home in Texas came after a big downer for his hometown team.

Story, a Dallas-area native who grew up watching the Rangers across the street at the ballpark still visible through the huge windows in left field at Globe Life Field, belted a tying two-run shot in the fourth. The opposite-field drive into the first row in right came off left-hander Joe Palumbo (0-1), who replaced Kluber.

“It’s kind of cool to be the first visitor to do that,” Story said. “Gallo got them a good one to break it in. But yeah, I’m proud of that.”

Kluber, who was acquired in an offseason trade with Cleveland, lasted just one inning and 18 pitches in his first start in almost 15 months. The three-time All-Star was knocked out of his last start for the Indians on May 1, 2019, after his right forearm was broken by a comeback liner.

Finally back on the mound after his comeback attempt last year ended with an oblique injury in a rehab start, the 34-year-old Kluber struck out David Dahl to start the game. He walked Story and retired Charlie Blackmon on a popup after Story was thrown out trying to steal.

The Rangers said Kluber reported feeling the tightness in the first few pitches and it got worse as the inning progressed. He was examined by a team doctor and will be further evaluated Monday.

Kluber wasn’t made available to reporters after the game, and manager Chris Woodward didn’t have an update on the condition of his shoulder.

“That’d be a huge loss. Not going to sugarcoat it,” Gallo said. “We’ve got guys we believe in and we’re going to trust. But to sit here and say it wouldn’t be a huge loss, obviously everybody would know that we’re lying.”

Ryan McMahon put the Rockies ahead for good with a sacrifice fly in the fourth. Story drove a solo shot into the second deck in left field in the sixth for a 4-2 lead.

Yency Almonte struck out three in two scoreless innings, and Wade Davis pitched a perfect ninth for his second save in as many days after going a year between saves.

The Rockies rallied to win the season-opening series after dropping the opener. Colorado lost its last 12 road series last season.

“We know we need to get business done immediately,” Freeland said. “We know what we want to accomplish in his 60-game sprint and we’re off to a good start.”

McMahon’s popup to second base in the ninth was the first for a ball in play hitting the trusses that support the stadium’s roof. Rougned Odor caught the ball for the out.

Rockies: RHP Scott Oberg (lower back strain) will throw a bullpen session Monday in Denver. Manager Bud Black said it was doubtful Oberg would be ready for the home opener July 31 against San Diego.

Rangers: Utilityman Isiah Kiner-Falefa, expected to be somewhat of a regular at third base, was out of the lineup for the second straight day with left hamstring tightness. Woodward said he hoped Kiner-Falefa would be ready after Monday’s off day.

Both teams return Tuesday. Colorado RHP Antonio Senzatela (11-11, 6.71 ERA in 2019) is set to start in Oakland. RHP Kyle Gibson is set for his Texas debut as the Rangers’ stadium-opening series continues against Arizona. 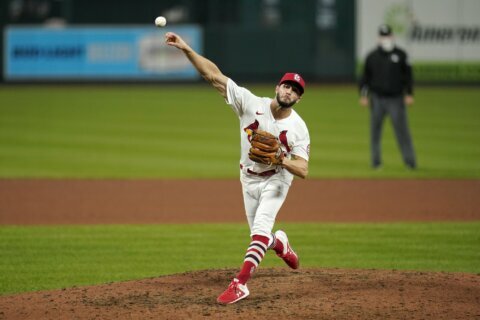 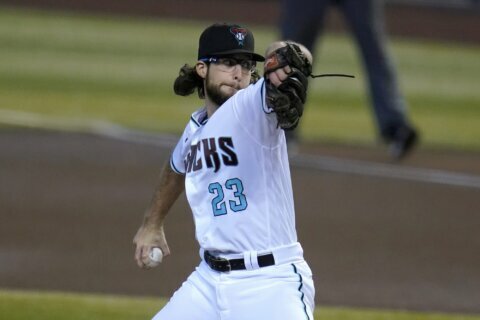 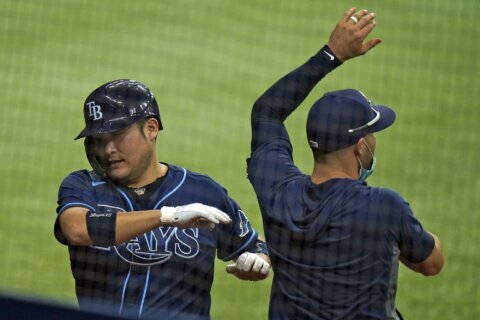