Marlins believe they’re much improved and can contend

MIAMI (AP) — When summer camp began for the Miami Marlins, right-hander Sandy Alcantara was so excited he greeted members of the media with a gift offer.

“Ten dollars for every guy!” he joked.

The Marlins aren’t really paying to talk about baseball, but their enthusiasm regarding baseball’s relaunch is perhaps even higher than the league average. CEO Derek Jeter’s rebuilding project is in Year 3, and the Marlins believe they’re significantly improved and will benefit from a shortened season, where their lack of veteran depth won’t be as exposed by the toll that comes with 162 games.

“We’re going to surprise a lot of people,” said Alcantara, an All-Star in 2019 and the likely opening day starter on July 24. “Everybody is going to see what we’ve got.”

It might sound delusional coming from franchise that lost 105 games last year and has finished below .500 each of the past 10 seasons. But Marlins players and management believe they can make the playoffs for the first time since 2003.

“The message to our guys is: Why not us?” president of baseball operations Michael Hill said.

At least half of the everyday lineup has been replaced after the Marlins ranked last in the NL in runs, home runs and OPS in 2019.

The rotation initially will likely be made up entirely of 2019 holdovers, but they’ll be pushed by a highly regarded group of prospects that could soon transform the franchise.

“Our pitching will stack up against anyone,” Hill said.

Outfielder Monte Harrison, the only player obtained in the Christian Yelich trade who has yet to make his MLB debut, might be an opening day starter. Harrison’s progress was slowed last year by right wrist surgery.

Jeter’s rebuilding project cost the Marlins such stars as Yelich, but a minor league system that ranked among baseball’s worst three years ago is now considered among the best. The Marlins believe their pipeline of pitching prospects is about to begin paying off.

“Once it starts, it’s not going to stop,” Hill said. “Those waves are going to keep coming. We’re all hoping it starts this year.”

Right-handers Sixto Sanchez, Edward Cabrera, Nick Neidert and Max Meyer are all contenders to crack the rotation at some point this year. Meyer, a former University of Minnesota star, was the third overall draft pick in June.

The Marlins have never been in first place in the NL East past June 30, so they’re thrilled at the chance to be around .500 with only 60 games to go.

But the Marlins, like every other team, will need to start hot. Mattingly and Jeter are eager to see how their young talent responds to being in contention so late in the year.

“It’s going to be great for the experience of our young guys that you’re in the middle of a pennant race,” Jeter said. “You’ve got to hit the ground running. It will be a test.”

Even with the DH in the NL for the first time, Mattingly will have plenty to do as manager, thanks to the versatility of his players.

Villar is expected to play primarily in center field, but he can also play shortstop, second base or third base. Brian Anderson is excellent defensively both at third and in right field. Jon Berti can play anywhere in the infield or outfielder and is expected to be the lineup a lot because of his speed.

Pitcher-friendly Marlins Park will be slightly less so after an offseason reconfiguration. The distances to the fence have been shortened from 407 to 400 feet in center field and from 399 to 387 in right-center. The Marlins also installed artificial turf.

Mattingly said the fences are still not easy to reach, and the Marlins will continue to build their team for a big ballpark.

“In this organization you’re looking for guys who can hit first, and the power is there or coming, to get away from the 200-strikeout guy who hits 25 homers,” Mattingly said. 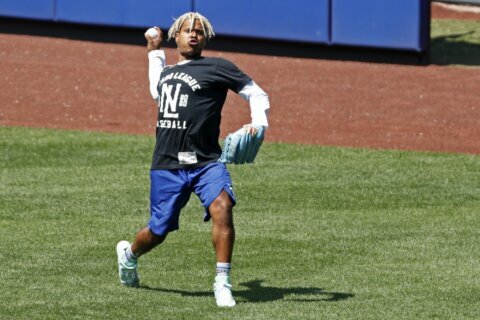 Mets’ Marcus Stroman opts out of season over virus concerns 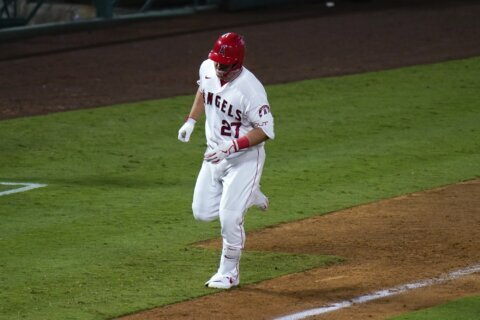 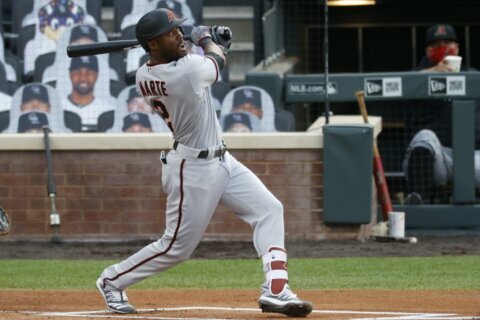 Diamondbacks get 18 hits in 12-8 win over Rockies