Anthony Rendon won a World Series in Washington and then left the Nationals to the Los Angeles Angels, one of the highlights in an active offseason for some of baseball's biggest names.
Listen now to WTOP News WTOP.com | Alexa | Google Home | WTOP App | 103.5 FM

Anthony Rendon won a World Series in Washington and then left the Nationals to join Mike Trout and Albert Pujols with the Los Angeles Angels. Gerrit Cole went to the New York Yankees to try to put them over the top.

It’s been an active offseason for some of baseball’s biggest names.

There were a few, like World Series MVP Stephen Strasburg and Red Sox slugger J.D. Martinez, who decided to stick with the same teams. But for those who didn’t, here’s a scorecard to help you keep track of the offseason comings and goings:

—Cole, from Astros to Yankees: The 29-year-old right-hander took a record $36 million per year over nine years to move from Houston to the Bronx. At his introductory news conference, he pulled out a pinstriped poster he waved when he attended the 2001 World Series as an 11-year-old reading: “Yankee Fan Today Tomorrow Forever.” Cole was 20-5 with an AL-leading 2.50 ERA and a major league-leading 326 strikeouts for Houston last season.

—Rendon, from Nationals to Angels: After leading the majors with 126 RBIs, he batted .328 with three homers and 15 RBIs in the postseason last year, Rendon signed a seven-year, $245 million deal with the Angels. He joins a lineup that already includes Trout and Pujols, a pair of three-time MVPs, along with two-way Japanese star Shohei Ohtani.

—Betts, from Red Sox to Dodgers: Betts batted .295 with 29 homers and 80 RBIs last year, one season after winning the MVP by leading the league with a .346 average, a .640 slugging percentage and 129 runs scored while helping the Red Sox to the World Series title. He was traded to Los Angeles as part of a salary dump that also included …

—David Price, from Red Sox to Dodgers: The 2012 AL Cy Young winner, who was also a runner-up two other times, became a drag on the team’s plans because of the $96 million owed to him over the next three years and arm troubles that limited him to 107 innings in 2019. He went 7-5 with a 4.28 ERA that was the worst of his career. Now, he joins a Dodgers rotation with Clayton Kershaw and 25-year-old Walker Buehler.

—Kluber, from Cleveland to Rangers: The right-hander finished in the top five of AL Cy Young voting in four of the previous seasons. But a line drive broke his pitching arm on May 1, then he injured a muscle in his side during his rehab and never got back on the mound. He was traded to Texas for outfielder Delino DeShields and pitching prospect Emmanuel Clase.

—Josh Donaldson, from Atlanta to Minnesota: The 2015 AL MVP joins his fourth team in three seasons, signing a four-year, $92 million deal with the Twins a year after they won 101 games and their first division title since 2001. The 34-year-old third baseman was limited to 113 games in 2017 because of a right calf strain and then played in 52 games the next year with arm and leg injuries. But he came back to bat .259 with 37 homers and 94 RBIs in 2019.

—Yasmani Grandal, from Brewers to White Sox: The switch-hitting catcher batted .246 with career bests of 28 homers and 77 RBIs last season. After a seventh straight losing season in 2019, Chicago has spent big this offseason, paying $141 million for Grandal, Dallas Keuchel and Edwin Encarnación and another $50 million to bring back José Abreu.

—Encarnación, from Yankees to White Sox: The 37-year-old, three-time All-Star was leading the AL with 21 home runs when the Mariners traded him to New York in June. He was limited by a sore side muscle in the second half, hitting 13 homers in 44 games with the Yankees — still good for his eighth straight season of at least 30 home runs.

—Cole Hamels, from Cubs to Braves: After pitching his first nine-plus years in Philadelphia, finishing in the Cy Young top 10 four times, Hamels joins his fourth team. But the 36-year-old left-hander developed shoulder inflammation during the offseason, delaying the start of his spring training.

—Mike Moustakas, from Brewers to Reds: After hitting .254 with 35 homers and 87 RBIs last season to earn his third All-Star selection, Moustakas heads to Cincinnati on a four-year deal the Reds hope will return them to the postseason for the first time since 2012. 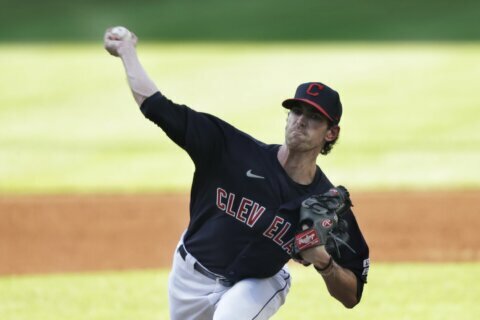 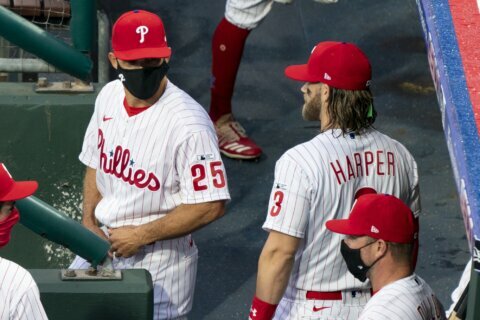 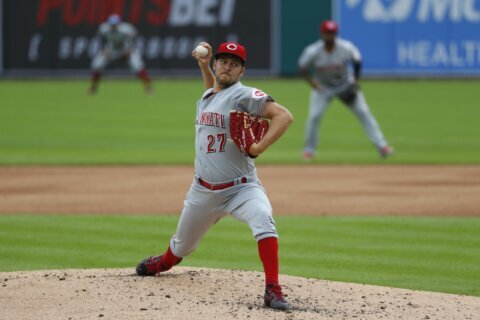