The Baltimore Orioles and the Washington Nationals jointly own MASN and have been fighting in court for years.

NEW YORK (AP) — The bill is coming due for what the Mid-Atlantic Sports Network should pay the Washington Nationals for television rights for 2012-16: more than $99 million.

A proposed judgment was submitted Friday in New York Supreme Court. The court in August upheld an April 15 decision by a Major League Baseball arbitration panel that set the Nationals’ TV rights for that period at nearly $297 million.

The Baltimore Orioles and Nationals jointly own MASN and have been fighting in court for years. MASN was established in 2005 after the Montreal Expos relocated to Washington and became the Nationals, moving into what had been Baltimore’s exclusive broadcast territory since 1972. The Orioles have a controlling interest in the network.

MASN paid the Nationals for 2012-16 what the Orioles proposed, more than $197 million. Washington argued it should have been paid $475 million. The amount due is $99.2 million plus interest from April 15.

The parties agreed in 2005 to have rights fees disputes decided by an MLB revenue committee. The committee’s decision in April was made by Milwaukee Brewers chairman Mark Attanasio, Seattle Mariners President Kevin Mather and Toronto Blue Jays President Mark Shapiro.

Also in the dispute, the appellate division of New York Supreme Court in Manhattan on Tuesday upheld an April decision by Justice Barry R. Ostrager, who ruled the American Arbitration Association can determine whether baseball Commissioner Rob Manfred can decide a case that involves a claim MASN failed to distribute cash to the Nationals last year. 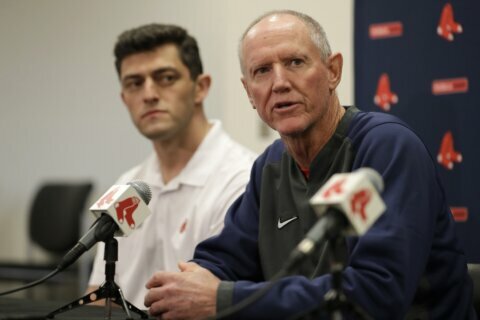