DETROIT (AP) — When Jake Rogers was making his way through the Detroit Tigers farm system, there was one thing everyone noticed. His throwing arm was more than ready for the big leagues.

Wednesday night, he used it to help the Tigers beat the Seattle Mariners, 3-2.

Rogers threw Keon Braxton out stealing to end the third inning, then picked Mallex Smith off first base for the third out in the seventh with the tying run on second base.

“His arm is everything advertised,” said Tigers manager Ron Gardenhire. “He’s got great footwork and that throw to first was like lightning.”

Rogers had an advantage on the play – backup catcher John Hicks was playing first base.

“We both saw what kind of lead he was taking, so we made eye contact and I gave him a little nod,” the rookie said.

Rogers’ first 12 games have been a mixed bag. He already has four home runs, but he’s hitting .179 with four passed balls – more than the team’s other catchers combined.

“I’m learning a ton at this level – stuff I had never even touched on before,” he said. “I’m getting more confident back there, but I always have been able to throw guys out. I like doing that.”

The Tigers have to win five of their final 22 games at Comerica Park to avoid becoming the first team with 60 home losses.

“We really needed this game,” Gardenhire said. “We got enough pitching and a few big hits and we caught the ball.”

The Tigers improved to 4-6 with one game left in an 11-game homestand. Seattle has lost nine of 11.

“In baseball, you go through skids, but this one is lasting longer than we want,” said Daniel Vogelbach, who homered before striking out with the bases loaded to end the sixth.

Edwin Jackson (3-5) allowed two runs on four hits and a walk in five innings. He struck out four and allowed two homers while winning his second straight start. Joe Jimenez pitched a perfect ninth for his second save since taking over as the closer when Shane Greene was traded at the deadline.

“We haven’t gotten him any chances, so we were asking him to pitch after being off for a while,” Gardenhire said. “You don’t know if he’s going to be sharp, but he went out there and made good pitches.”

The Tigers loaded the bases on three singles to start the second. Rogers struck out and Jody Mercer popped out, but Victor Reyes drove in two runs with a soft liner to center.

“I thought I made a good pitch, but hats off to him,” Gonzales said. “Eight out of ten times, that’s a broken bat and a ground ball. I thought we had him.”

Reyes fouled off three two-strike pitches in an eight-pitch at-bat.

“That’s a huge at-bat for that young man,” Gardenhire said. “He fouled off some tough pitches than hit another pitch on the label and got it into centerfield.”

Miguel Cabrera hit his 574th double to lead off the third, tying Bobby Abreu for the most by a Venezuela-born player, but was easily thrown out at the plate when he tried to score on Niko Goodrum’s single.

Goodrum scored on Harold Castro’s single later in the inning, give Detroit a 3-0 lead.

J.P. Crawford’s solo homer pulled Seattle within 3-1 in the fourth, and Daniel Vogelbach homered in the fifth to make it a one-run game.

Vogelbach had his next chance in the sixth, coming up with two outs and the bases loaded but Gregory Soto struck him out with a low slider to end the inning.

Mariners: RHP Felix Hernandez (shoulder) was scheduled to throw a rehab start for Class-A Everett on Wednesday night. . RHP Brandon Brennan, who left Tuesday’s game after two pitches, passed tests on his shoulder and is not expected to go on the injured list.

The Tigers have allowed 105 homers in 59 home games, putting them on pace for 144. That would easily break the franchise record of 130, set in 1996. The Tigers have never allowed more than 108 homers at home since moving to Comerica Park in 2000.

The teams finish a three-game series on Thursday afternoon with Detroit’s Spencer Turnbull (3-10) facing a Mariners opener who will be followed by Tommy Milone (1-7, 4.70). 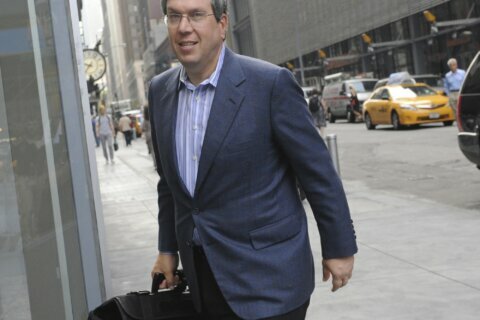 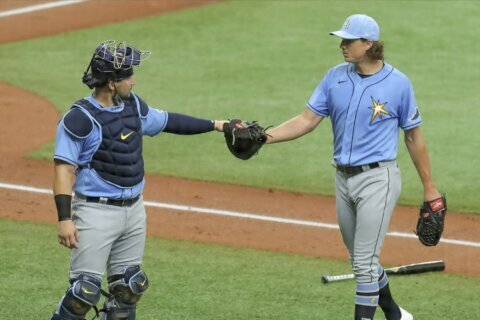 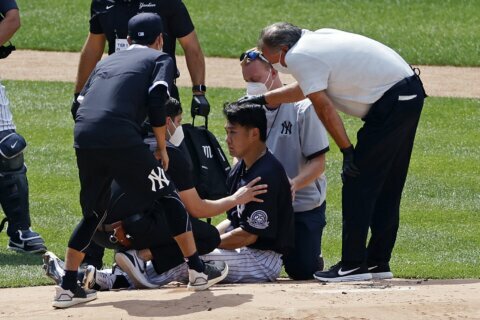