Put me in, coach: Youth baseball participation on the rise

Between 2013 and 2018, the number of U.S. kids playing baseball and softball combined increased by nearly 3 million, according to annual surveys by the Sports Fitness & Industry Association.
(1/3) 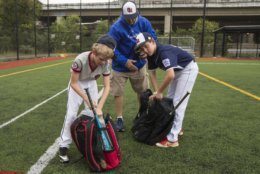 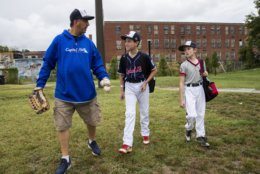 WASHINGTON (AP) — David Fox and his wife, Mary Ann, have a rule for their sons, 11-year-old Dewey and 8-year-old Jimmy: They have to play a team sport. The kids get to choose which one. Dewey tried soccer and Jimmy had a go at flag football, but for them, nothing compares to baseball.

“They always came back to baseball,” David Fox said. “Every spring or fall we ask, ‘Do you want to try something else?’ And they say, ‘No.'”

Dewey and Jimmy are not alone: Over the past six years, participation in youth baseball has been on the rise.

While no one is saying the erstwhile national pastime is returning to its glory years, Major League Baseball is encouraged that kids are returning to baseball and sticking with it. Between 2013 and 2018, the number of U.S. kids playing baseball and softball combined increased by nearly 3 million, according to annual surveys by the Sports Fitness & Industry Association. During that same period, participation in soccer and football declined and basketball increased only slightly.

“The increase in baseball participation is real, there’s no question about it, and it’s substantial. It’s statistically significant without a doubt,” said Tom Cove, president and CEO of the SFIA.

More than 25 million kids played baseball or softball in 2018, and nearly 15 million of those were “core” players who played 13 or more times in a year. The number of participants in youth football — including tackle, touch and flag — was down by nearly 1.7 million over the same stretch, and soccer participation dropped by nearly 900,000.

According to the Aspen Institute, which promotes youth sports participation and uses SFIA data, 13.6% of kids ages 6-12 played baseball in 2018, a 3% increase from 2015. Baseball was the second-most popular sport for kids in that age group, after basketball, which had a 14.1% participation rate.

The 2018 numbers were released this month as 11- and 12-year-old ballplayers gathered in South Williamsport, Pennsylvania, for their annual ESPN-televised showcase at the Little League World Series.

David Fox coaches and his kids play in Washington’s Capitol Hill Little League, which didn’t even exist a decade ago. It was founded in 2011 and has grown from 120 players in its initial season to more than 640 baseball and softball players this spring.

Fox said a well-run Little League with engaged parents can build loyalty to the sport.

“My son’s group of friends are all baseball players, all kids he has ever played baseball with or continues to play baseball with, so I think the thing I love about Little League is it’s community-based. Everybody lives on Capitol Hill, goes to their local schools and lives within a few minutes’ drive,” Fox said. “Our circle of friends are the families I coach with, the parents we’ve played with for the last five or six years. We’ve vacationed with them, go to restaurants with them. We hang out.”

It’s clear, too, that some parents are looking at baseball as a safer option than football, given research that shows the vulnerability of younger players to brain injuries.

“That’s definitely part of the appeal,” said Emily Cichy, who has two boys who played in Capitol Hill Little League before the family moved to Seattle. “Although both soccer and baseball have their own concerns, we are not interested in our kids playing football. If they really expressed an interest, we’d have a conversation about it.”

Baseball participation has also benefited from the growth of travel ball, said Tony Reagins, who leads MLB’s development group for baseball and softball. But travel ball is much more expensive and time-consuming than Little League or other recreational leagues, and there is concern about baseball becoming a niche sport for wealthier families that can afford to put their kids in travel programs and pay for private coaching.

“I would be naive to say the cost of playing in a travel ball program is not insignificant. There is a cost associated with that,” Reagins said. “We need to continue to create programs that eliminate the cost factor.”

The increase in participation correlates with several youth baseball programs MLB has launched or sponsored in recent years. For the Play Ball program, MLB joined with the U.S. Conference of Mayors to introduce kids to the sport. Another initiative, Fun At Bat, from MLB and USA Baseball, provides free baseball gear to physical education classes to help kids learn basic skills. Fun At Bat could reach up to 3 million kids in the U.S., Mexico, Puerto Rico and the United Kingdom during the upcoming school year, according to MLB.

MLB also has the long-running RBI program, which stands for Reviving Baseball in Inner Cities. It has more than 175,000 participants in 217 leagues in underserved communities.

Whether these efforts can turn kids into devoted baseball players will be a factor in the sustainability of youth baseball’s growth.

“To be a baseball player you have to be on a team, have to be in a league. The big question about these numbers in baseball is how are they going to translate this new interest, this new exposure, to sustainable leagues,” Cove said. “If it’s too expensive, there’s clearly going to be an issue.”

Fox said Capitol Hill Little League, based in a wealthy urban neighborhood, is not as diverse as it should be. The league uses fields belonging to neighborhood schools that only supply a handful of players.

“We need to work harder at reaching out to more minority families and more families that need a little bit of help paying the registration,” he said. “We will never turn a child away from playing. We have money to use for scholarships. What we need to do is make sure the community knows money is no object. If you want to play baseball, you can play baseball.” 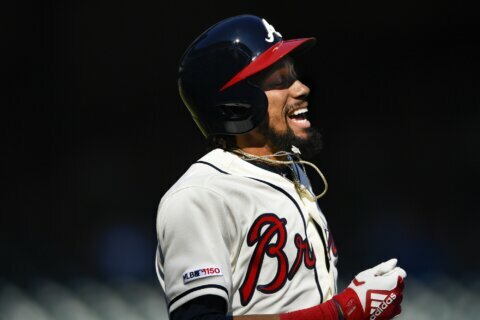 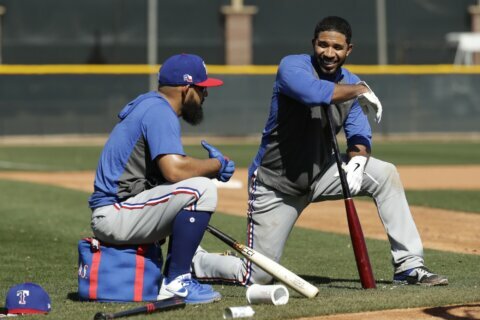 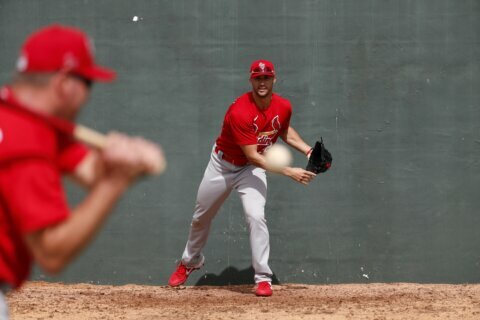