Flaherty, Ozuna help Cards past Rockies, back into 1st place

The St. Louis starter, who helped the Cardinals beat Colorado 8-3 on Friday night, was one of seven players across the majors who wore “Love you Ty” in place of their names on the back of their jerseys.

Flaherty was honoring Tyler Skaggs, the Los Angeles Angels pitcher who died earlier this summer. Skaggs and Flaherty grew up in California and became friends over the past couple of years.

The name switch was part of Major League Baseball’s Players’ Weekend when players could put nicknames on the back of their shirt, along with other uniform changes.

“It means a lot, it really does,” Flaherty said. “Being able to have his name across the back in some type of fashion is something that I really wanted to do. It was something that was awesome.”

The Cardinals moved back into first place in the NL Central, one-half game ahead of the Chicago Cubs, who lost to Washington earlier Friday. The Cardinals have won five of six and 11 of 14.

The Rockies lost for the fourth time in five games and fell to 18-37 since June 21.

Flaherty (8-6) allowed three hits, struck out nine and walked one. He has given up one earned run in his past 34 innings and has won four straight decisions. He hasn’t lost since July 7, when he permitted just two hits at San Francisco but St. Louis fell 1-0.

He got plenty of run support this time, leaving with a 6-0 lead.

“It’s one of those things where you get some runs and you want to think to yourself that the game’s over,” he said. “But you’ve got to continue to just execute one pitch at a time and not worry about the big picture and just focus on making that next pitch.”

Peter Lambert (2-4) lasted 4 1/3 innings and gave up six hits and two earned runs. He struggled locating his pitches and staying ahead in the count all night.

“That’s the key to success for sure and obviously tonight I was very bad at that,” Lambert said. “Just going forward, I have to get ahead of batters.”

Ozuna’s 24th homer of the season over the Colorado bullpen in left field gave St. Louis a 2-0 lead in the first. He also doubled in Paul Goldschmidt in the sixth and later scored on a single by Paul DeJong.

The homer came after one of several miscues by the Rockies. Kolten Wong reached on an error by second baseman Ryan McMahon and Ozuna’s drive came one out later, accounting for two of the four unearned runs surrendered by Colorado.

“Our pitching staff could not absorb the errors,” manager Bud Black said. “That’s what happened tonight.”

Lambert plunked Wong in the fourth with the bases loaded to give the Cardinals a 3-0 lead.

The Cardinals broke the game open in the fifth on a swinging bunt by Harrison Bader and a bad throw from reliever Wes Parsons, who fired the ball down the right field line. That allowed Yadier Molina and Tommy Edman to score and Bader to reach third. He scored on Flaherty’s sacrifice fly to center as St. Louis went up 6-0.

The Rockies scored three times in the ninth off John Gant.

Since returning to the Cardinals following a 16-game stint at Triple-A Memphis to work on his hitting, Bader is 2 for 9 but has drawn six walks, including one Friday.

Rockies star Nolan Arenado and Molina got hurt by the same Flaherty pitch. The throw first hit Arenado near his right wrist before ricocheting off Molina’s mask. Both players required attention from their respective trainers but stayed in the game.

Molina finished with three singles, and Arenado reached base in all four of his plate appearances.

The Cardinals on Saturday will induct three players into the team’s Hall of Fame. This year’s honorees are third baseman Scott Rolen (who played in St. Louis from 2002-07), right-hander Jason Isringhausen (2002-08) and right-hander Mort Cooper (1938-45). Each year, fans vote for two modern-era players and a panel selects a veteran player.

Rockies: RHP Jon Gray (fractured) had two screws inserted into his left foot Friday. … RHP Scott Oberg had “arterial repair” in St. Louis, Manager Bud Black said. Oberg is out for the season because of a blood clot in his right arm.

Cardinals: OF Tyler O’Neill (left wrist strain) was scheduled to play Friday night for Triple-A Memphis in the second game of his rehab assignment.

Rockies: RHP Chi Chi Gonzalez (0-4, 5.87 ERA), who pitches Saturday, is looking for his first win since September 22, 2015, while with the Texas Rangers. He lost both decisions in 2016, missed the entire 2017 season after Tommy John surgery and didn’t return to the majors until June 25. The Rockies have lost all six games in which he has appeared.

Cardinals: RHP Dakota Hudson (12-6, 3.63) goes for his third consecutive win. He was pulled after throwing 6 2/3 hitless innings against Milwaukee on Monday. 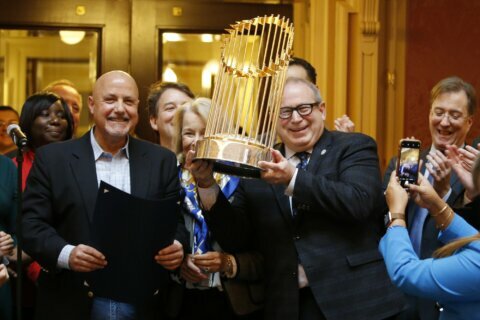 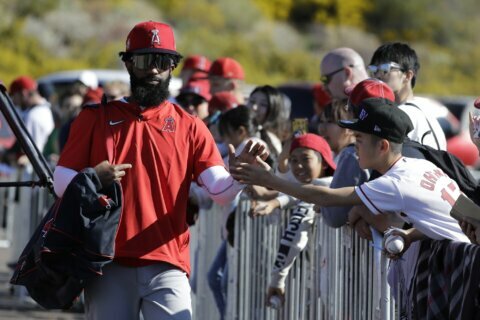 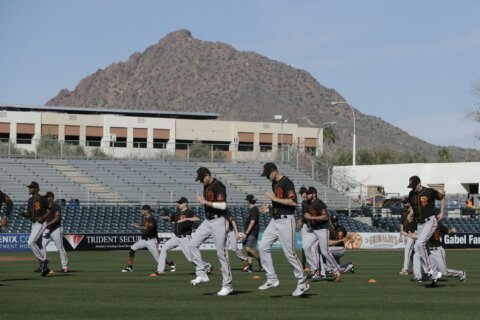