The Yankees open a three-game home series against Colorado with a new rallying cry inspired by manager Aaron Boone’s profane rant during a doubleheader sweep of the Rays on Thursday. Boone repeatedly called his hitters “savages” in the batter’s box while chewing out rookie plate umpire Brennan Miller during the second inning of the opener. Television microphones picked up the audio, which went viral and was being printed on t-shirts before the first game ended. Asked about the unusual expression, Boone said “Sometimes in the heat of the battle, you just kind of utter some things.”

Evaluators figure to be tuned into starts by Toronto’s Marcus Stroman and Texas’ Mike Minor with the July 31 trade deadline approaching. The 28-year-old Stroman (5-10, 3.25) is set to face Detroit knowing he’s likely auditioning for a number of contenders. Minor’s Rangers opened the second half as wild-card hopefuls, but they have lost four straight, including a 19-4 drubbing by Arizona on Wednesday. Minor has said he doesn’t want to be traded, but general manager Jon Daniels said last week the team was “not going to rule anything out.”

Nathan Eovaldi is expected to rejoin the Red Sox for a series in Baltimore and work out of the bullpen after completing a rehab appearance Thursday with Triple-A Pawtucket. Eovaldi began the year in Boston’s rotation but had elbow surgery in April. In need of relief help, the Red Sox plan to use the hard-throwing right-hander out of the ‘pen. He may not be activated from the 60-day injured list until Saturday, since he just pitched Thursday. Eovaldi’s performance could dictate how aggressive Boston is at the trade deadline.

Mike Montgomery (1-2, 5.67) will make his first big league appearance with Kansas City a decade after he emerged as a top prospect in the Royals system. Montgomery was traded to Tampa Bay in a package that brought back Wade Davis and James Shields in 2012 and eventually ended up with the Cubs, who he helped win a World Series in 2016. Chicago traded him to the Royals this week for catcher Martin Maldonado, and the left-hander is set to start against Cleveland All-Star MVP Shane Bieber (8-3, 3.49). 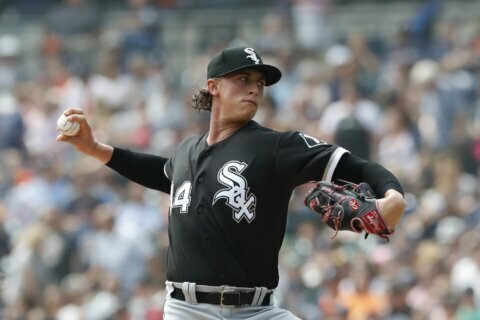 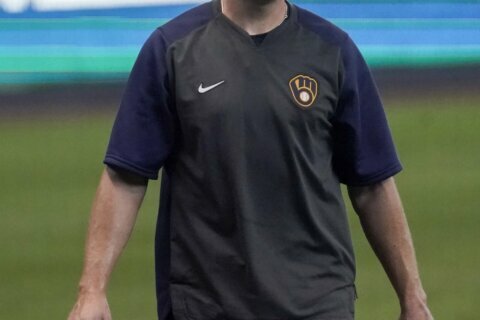