DENVER (AP) — Brandon Crawford capped a big day at the plate with a defensive gem.

Crawford homered three times and drove in nine runs over the course of two games Monday, and the San Francisco Giants beat the Colorado Rockies 2-1 in the nightcap to complete a sweep of a split doubleheader.

He finished off the offensive display with some sparkling glove work, making a diving stop of Nolan Arenado’s ninth-inning grounder and flipping the ball to second baseman Donovan Solano for a force out to help seal the Game 2 victory.

“He saved us with that play,” Giants manager Bruce Bochy said. “That ball gets through, it’s first and third and (closer Will Smith) is in a tough spot there. Game-saving play. And to do that in the ninth inning of the second game, that’s impressive.”

Crawford followed Stephen Vogt’s homer off Chi Chi Gonzalez (0-2) leading off the fourth with one of his own. It was the second time on the day he was part of a back to back set.

In the first game, Crawford went 5 for 6 with two homers and tied a San Francisco team record with eight RBIs as the Giants scored a season high in runs in a 19-2 rout of the Rockies.

“I have been feeling a lot better at the plate,” Crawford said after the first game. “There were a couple of at-bats in Milwaukee where I was having good at-bats, kind of battling and getting deep into counts. Even drawing walks kind of helps your confidence going forward. I’ve been feeling good, seeing the ball well. You expect to get hits when that happens.”

Dereck Rodriguez (4-5), recalled from Triple-A Sacramento prior to the second game, pitched five innings and allowed one run on four hits. He struck out six and walked none and kept the Rockies in the yard during his outing. The Giants got four innings of scoreless relief, capped by Will Smith, who got three outs for his 24th save.

Gonzalez, who was recalled from Triple-A Albuquerque prior to the second game, went five innings and allowed five hits, including the successive homers to Vogt and Crawford.

Crawford and Mike Yastrzemski went back to back in the first inning of the first game, which was a makeup for a May 8 rainout.

Garrett Hampson, the fleet infielder who pulled off the rare feat of scoring from second base on an infield groundout in a Rockies’ win over Cincinnati on Sunday, was twice tagged out on the basepaths in Monday’s nightcap. He reached on an error in the third inning and after right fielder Austin Slater dropped Charlie Blackmon’s fly ball for an error, Hampson made a dash for home but slipped and fell rounding third. He tried to scramble back to third but was tagged out by Pablo Sandoval.

In the fifth, Hampson doubled in the Rockies’ only run but tried to stretch the hit into a triple. Initially called safe, a replay review showed Sandoval got the tag down before his hand hit the bag.

“We end up making some outs on the basepaths with ‘Hamp,” the Rockies Daniel Murphy said. “They weren’t foolish mistakes. He slipped on the one and then makes a pretty good decision right there to go to third base and they made a couple of good plays on him. In reality we didn’t score a lot of runs but if he doesn’t get popped on the bases twice it’s probably a different game. But we’ve got to swing the bat better, myself included.”

Yastrzemski went 4 for 6 with a homer and Buster Posey also went deep for San Francisco in the first game in which the Rockies allowed the most runs ever in a game against the Giants, an NL West rival.

Preserving his bullpen in the one-sided slugfest earlier, Rockies manager Bud Black inserted first baseman Mark Reynolds to pitch the ninth. Reynolds allowed two runs and two hits. It was the third time in Rockies history that a position player had been used as a pitcher.

Jeff Samardzija (7-7), who had allowed 17 runs in 12 1/3 innings in losing his three previous starts at Colorado, didn’t give up a run until pinch-hitter Raimel Tapia homered to straightaway center with two outs in the sixth inning. Ryan McMahon homered in the seventh for the Rockies’ other run.

Samardzija retired the first six batters he faced and finished with nine strikeouts in 6 2/3 innings. He allowed two runs and four hits.

German Marquez (8-5), who won both of his previous starts against the Giants in San Francisco this season, allowed a career-high 11 runs on 11 hits in 2 2/3 innings.

Crawford added an RBI single in the fourth, a two-run drive off Jesus Tinoco in the sixth and a two-run single in the ninth off Reynolds. Tinoco was optioned to Triple A Albuquerque after the game to make roster room for Gonzalez.

Rockies: Rookie RHP Peter Lambert (2-1, 6.67 ERA) will look to rebound after taking his first career loss last time out when he allowed four runs on five hits in five innings in a July 3 setback to Houston. 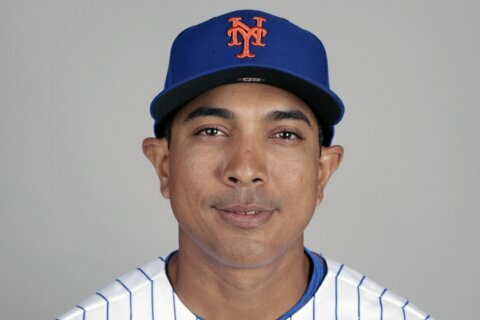 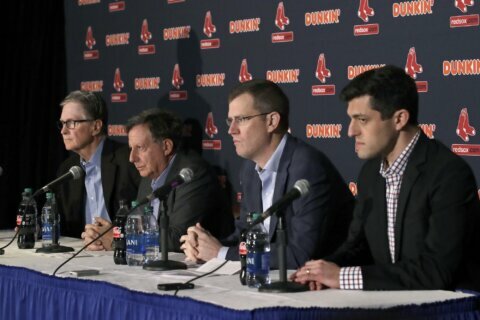 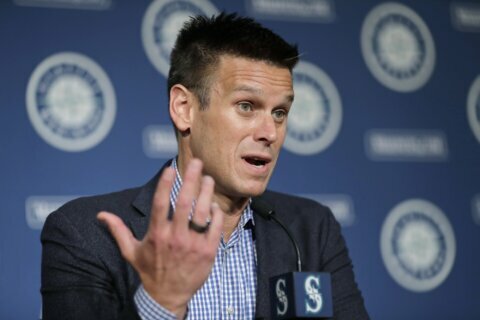