The rookie hit his first major league home run in the stadium where he played college ball, starting the Kansas City Royals’ scoring in a 7-3 win over the Detroit Tigers on Thursday night in the first big league regular season game played in Nebraska.

“I knew a lot of college friends and coaches here and people around the community,” said Lopez, who played for Creighton University from 2014-16. “I didn’t know it was gone. I knew I hit it pretty good, maybe a double or triple.”

The game at TD Ameritrade Park coincided with the buildup to the College World Series, which begins Saturday. All eight CWS teams were among the sellout crowd of 25,454 and participated in a pregame ceremony with the major league teams.

“It was fun. The energy level was fun,” Royals manager Ned Yost said. “Every time I turned around, all I saw was Royals hats and shirts. That was great to see. I wanted us to come in here and put on a good show for our fans in Omaha.”

Lopez hit just one home run in 75 games at TD Ameritrade as a collegian. The second baseman returned to Omaha 8 for 61 in his previous 15 games and sat out Wednesday’s game in Kansas City before going 2 for 4.

In his first trip to the plate, he lined Matthew Boyd’s 1-1 pitch into the right field bullpen leading off the third inning. Martin Maldonado followed with a double and came home when Boyd was called for a balk.

The Royals tacked on three runs in the fourth and one each the next two innings on their way to their highest run total since May 29. They had scored a total of eight runs over their previous four games.

Lopez got a high-five from Yost when he returned to the dugout after his home run.

“The funny thing was I asked him, ‘Nicky, is your dad sitting home watching?'” Yost said. “He said, ‘Yeah.’ I said, ‘I hate to tell you the (ESPN) TV truck just broke down and they weren’t televising then.’ That was a shame.”

Kansas City starter Homer Bailey (5-6) gave up a pair of singles, walked three, hit a batter and struck out six before Jorge Lopez came on to start the seventh. Dawel Lugo tripled past diving right fielder Whit Merrifield and scored on a groundout for the Tigers’ first run.

The Royals won two of three over the Tigers for their first series win since April 12-14 against Cleveland.

“We needed to get that over with,” Yost said. “We needed to score some runs because we’ve been pitching really well. Homer was right on track with that tonight. He threw the ball extremely well. Nice to have a little leeway to make a mistake, which he didn’t have.”

Boyd (5-5), who pitched for Oregon State in the 2013 CWS and threw a four-hit shutout against Indiana, lasted four innings and threw 94 pitches in his shortest outing in six starts.

“He threw a ton of pitches,” Tigers manager Ron Gardenhire said. “That’s not the norm for him. He kind of messed around with some of those guys who are real fast. He needed to attack those guys and keep them off the bases, and he kind of got behind and put too many people on base and then it turns into a bloop here, a bloop there. It wasn’t his night.”

Merrifield doubled twice and drove in two in his return to Omaha. He was the hero of South Carolina’s 2010 national championship team, singling in the winning run against UCLA in the deciding game of the CWS finals in the last game played at Rosenblatt Stadium.

“Great crowd. Great to see a sellout,” Merrifield said. “They did a great job of putting this on. It was cool to come back. Different stadium and different feel, but it was cool to relive it.”

Tigers: CF JaCoby Jones was hit by a pitch in the elbow in the fifth inning and left the game in the sixth. … SS Niko Goodrum returned to the lineup after missing one game after fouling a ball off his kneecap Tuesday. … Casey Mize, the No. 1 overall pick of the 2018 draft, left his Thursday start for Double-A Erie after 2 1/3 innings with right shoulder soreness, vice president of player development Dave Littlefield said.

Royals: 1B Lucas Duda (back) was reinstated from the injured list after missing 42 games. He hit .286 with a homer and three doubles in his 12-game rehab assignment at Omaha. …. LF Alex Gordon, who grew up 50 miles away in Lincoln and played for Nebraska, was out of the lineup with a shoulder bruise, the result of getting hit by a pitch Wednesday. … 3B Hunter Dozier (thorax) will take batting practice on the field Friday and is getting closer to returning, manager Ned Yost said.

RHP Brad Keller (3-8, 4.29 ERA) is scheduled to start Friday night when the Royals open a six-game road trip at Minnesota. LHP Ryan Carpenter (1-3, 7.89) will start the Tigers’ opener of a three-game home weekend set against Cleveland. 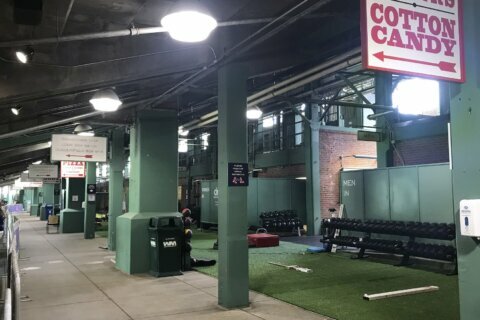 Zooming in to start unprecedented MLB summer camp amid virus 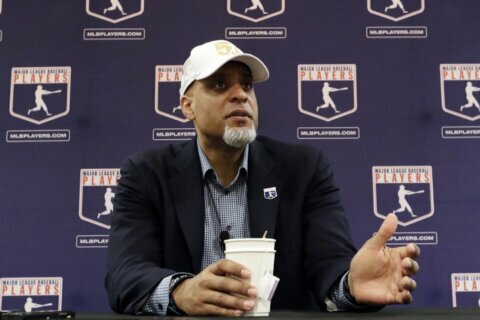 MLBPA doubles investments to $160M ahead of bargaining