DETROIT (AP) — The way Jake Odorizzi is pitching, the Minnesota Twins know they won’t need many runs to win games.

Sunday, they took care of that in a hurry.

Nelson Cruz homered for the fourth straight game and the Twins connected four times in all to rout the Detroit Tigers 12-2.

“The way Jake is pitching this season, it puts the opposition in a very tough spot,” Minnesota manager Rocco Baldelli said. “They know that if we score any runs at all, we’re going to be in great shape.”

With a big lead, Odorizzi (9-2) cruised through six innings, allowing one run on five hits. He struck out eight, most with his baffling fastball movement, and has given up just one run in his past 22 1/3 innings.

“I was able to move it up and down in the zone and pretty much spot it anywhere I wanted,” he said.

Odorizzi isn’t giving away his secrets, and with 78 strikeouts in 70 1/3 innings, hitters don’t seem close to figuring them out.

Unsurprisingly, Minnesota’s early offense was provided by Cruz, a longtime Tigers nemesis. He hit a two-run homer in the first, and connected in all three games in Detroit.

Cruz has 14 regular-season homers at Comerica Park, tying Alex Gordon for the most by an active visiting player. Cruz has played 47 games in Detroit against Gordon’s 96, and he has also homered in each of his three postseason games at the ballpark.

“The best part about pitching for these guys is that they never give the opposing pitch a breath,” Odorizzi said. “As soon as they let someone on base, they have to think about giving up a two-run homer.”

The Tigers have lost 13 of their last 15 at Comerica Park.

“This can be difficult and it can be draining,” outfielder Nicholas Castellanos said. “But there are lessons to be learned from this. The game ain’t easy and it ain’t fun.”

“We had a good game plan and I went out and attacked their hitters,” he said. “I just wasn’t able to execute my pitches.”

The Twins took the lead after two batters when Jorge Polanco singled and scored on Mitch Garver’s double. Cruz followed with a two-run homer to give the Twins three runs before Carpenter had recorded an out.

“You’ve got to play mistake-free baseball to beat them, and today wasn’t our day for that,” Tigers manager Ron Gardenhire said. “They jumped us early and kept pounding away.”

Detroit got a run in the bottom of the first when Castellanos grounded into a double play with runners at the corners.

Sano hit Carpenter’s first pitch of the fourth over the right-center field scoreboard to make it 4-1, and Polanco added a sacrifice fly before Rosario’s RBI single ended Carpenter’s day. C.J. Cron then made it 8-1 with a two-run double off Austin Adams.

Cruz’s RBI single in the fifth gave the Twins an eight-run lead, and Buxton hit a two-run homer off Carlos Torres to make it 11-1 in the sixth.

The Tigers put two runners on in the sixth, but Castellanos took off on a routine fly to right with one out. He was doubled off second while watching from third base.

“I took a secondary lead, and when I saw the way (Brandon Dixon) swung at it, I thought it would drop and I could score,” he said.

Twins: LHP Adalberto Mejia (calf) continues to work out with Class A Fort Myers, but has yet to appear in a game.

Both teams are off on Monday. The Twins return home to begin a three-game series with the Seattle Mariners on Tuesday, while the Tigers will play three games against the Kansas City Royals. The third game will take place in Omaha and will be the first major league game played in Nebraska. 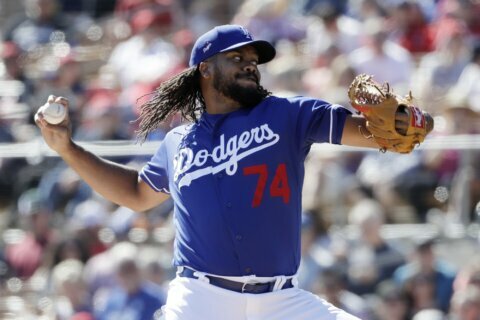 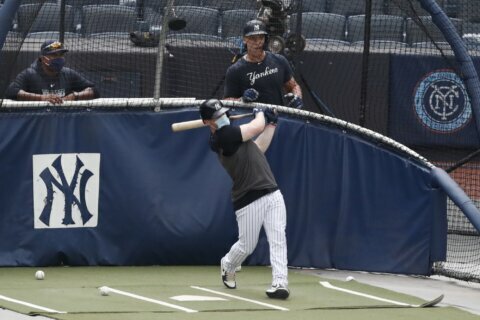 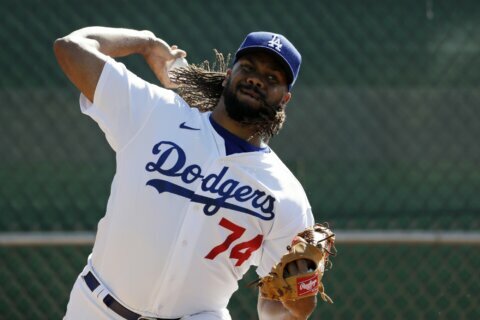