TUBAS, West Bank (AP) — At least 85 Palestinians have been killed in the West Bank this year as Israeli forces have carried out nightly raids in cities, towns and villages, making it the deadliest in the occupied territory since 2016.

The military says the vast majority were militants or stone-throwers who endangered the soldiers. The tally, from the Palestinian Health Ministry, includes Palestinians who carried out deadly attacks inside Israel.

But it also includes several civilians, including a veteran journalist and a lawyer who apparently drove unwittingly into a battle zone, as well as local youths who took to the streets in response to the invasion of their neighborhoods.

The length and frequency of the raids has pulled into focus Israel’s tactics in the West Bank, where nearly 3 million Palestinians live under a decades-long occupation and Palestinians view the military’s presence as a humiliation and a threat.

Israeli troops have regularly operated across the West Bank since Israel captured the territory in 1967.

Israel says it is dismantling militant networks that threaten its citizens, and that it makes every effort to avoid harming civilians. Palestinians say the raids are aimed at maintaining Israel’s 55-year military rule over territories they want for a future state — a dream that appears as remote as ever, with no serious peace negotiations held in over a decade..

Israel stepped up the operations this past spring after a string of deadly attacks by Palestinians against Israelis killed 17 people, some carried out by militants from the West Bank. There have been no deadly attacks since May, but the relentless military operations have continued.

The Palestinian Health Ministry has reported 85 Palestinians killed by Israeli security forces in the occupied West Bank and annexed east Jerusalem since the start of the year.

With four months to go this year, that already is the highest number since 2016, the tail-end of a previous wave of violence, when 91 Palestinians were killed, according to yearly data compiled by the Israeli human rights group B’Tselem.

The ministry’s tally includes attackers and known militants, but also the veteran Al Jazeera journalist Shireen Abu Akleh, and a 58-year-old man who was shot in the head outside a bakery earlier this month. The Israeli military says both might have been hit by Palestinian gunfire but has not provided evidence to substantiate its claims.

The dead include 17 teens under the age of 18, as well as six women, according to the ministry. Israel says that teenagers and women are often involved in violence, while critics accuse the army of using excessive force in many cases.

Israel is also holding more than 600 Palestinians without charge or trial in what’s known as administrative detention — the highest in six years.

Amir Avivi, a retired Israeli general who now heads the Israel Defense and Security Forum, said the heightened pace of operations is the result of the recent wave of attacks and the Palestinian Authority’s refusal to crack down on militants in the areas it administers.

“The Israeli forces always operate on the basis of very accurate intelligence,” he said. “They operate only to apprehend terrorists that we know are involved in terror or are planning to attack Israelis.”

The Palestinian Authority is mired in a crisis of legitimacy largely stemming from its cooperation with Israel on security matters. Palestinian officials say they will not help police the occupation, especially if there is no hope that doing so will lead to independence.

Rights groups say that while some Israeli missions are aimed at combatting specific threats, others are intended as a show of force, or to protect the growing population of Jewish settlers.

Ori Givati is the director of advocacy at Breaking the Silence, an Israeli group opposed to the occupation that gathers testimonies of former Israeli soldiers. Some soldiers recall carrying out mock arrests, in which fully armed soldiers raid a home in the middle of the night — for training purposes.

Even more common, Givati says, are so-called “stimulus and response” operations. Testimonies describe how Israeli troops patrol Palestinian areas, sometimes with lights and speakers on, hoping to lure stone-throwers or gunmen into the streets so they can arrest or confront them.

“The way we occupy the Palestinians is by creating more and more friction, making our presence felt,” Givati said. “We invade their towns, their cities, their homes.”

In a statement, the army denied the allegations, saying it acts “solely against threats and terrorist operatives who pose a security threat” in Israel and the West Bank.

Israel says it investigates all cases in which Israeli troops are suspected of killing civilians, but rights groups say most of those investigations are quietly closed with soldiers rarely facing serious repercussions.

There were two notable exceptions this year.

The killing of Abu Akleh, a veteran on-air correspondent, prompted numerous independent investigations that concluded she was likely killed by Israeli fire. Israel denies targeting her and says it is still investigating.

There was also the death in January of Omar Assad, a 78-year-old who died shortly after Israeli soldiers bound and blindfolded him and left him in the cold. In that case, senior officers were reprimanded and stripped of leadership roles.

Both were American citizens, and the U.S. raised both cases with Israel. Last week, Israel discharged four soldiers after they were caught on camera beating and kicking two detained Palestinians.

There was no such uproar over Salah Sawafta, who was shot outside the bakery as he returned from dawn prayers in the West Bank town of Tubas earlier this month. Israeli troops, who had gone to arrest suspected militants, were engaged in a firefight with Palestinian gunmen.

His family believes he was killed by an Israeli sniper in a building across the street. Zakreya Abu Dollah, the bakery owner who witnessed the shooting, said he saw Israeli soldiers fanned out on the street but no Palestinian gunmen or stone-throwers in the immediate area.

The military says it is investigating and that Sawafta might have been hit by a stray bullet fired by Palestinian militants.

Jehad Sawafta said his late brother, who made a living trading animal feed, had no connection to any political faction or militant group.

Salah had a son and four daughters, one of whom was engaged to be married this past Friday. The father of the bride was killed a week before the wedding.

“His second daughter was supposed to be married on Aug. 26, but then everything got turned upside down,” Jehad said. “Those girls adored their father because he provided a good and dignified life for them.” 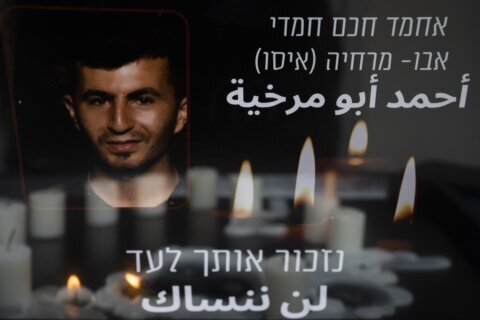 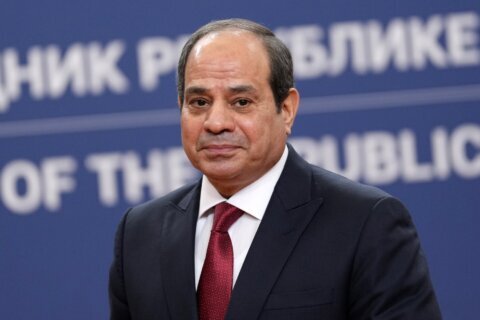 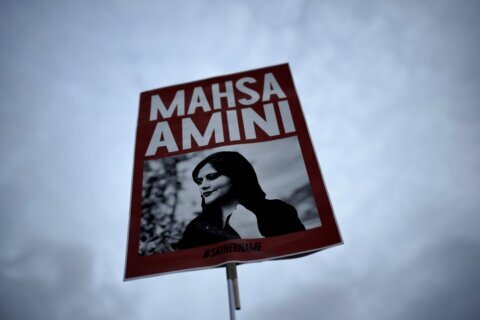