Rockets fired from Gaza into Israel hours after Biden visit

One of the rockets was intercepted by aerial defenses and the other fell in an open area, the military said. There were no immediate reports of injuries.

No Palestinian group claimed responsibility for the rocket fire, which activated warning sirens in the coastal city of Ashkelon and the surrounding area.

Tension that soared in recent months had largely subsided in the run-up to and during Biden’s three-day trip to Israel and the West Bank.

Palestinian President Mahmoud Abbas met with Biden in the West Bank city of Bethlehem on Friday.

Hamas dismissed Biden’s expressions of sympathy for the Palestinians, calling the United States “a partner in the aggression on our people.” It also criticized Abbas for meeting with Biden and reiterating his support for a peace process with Israel.

Hamas doesn’t recognize Israel. Since taking over Gaza by force in 2007, the militant group and Israel fought four deadly wars and numerous rounds of cross-border violence. 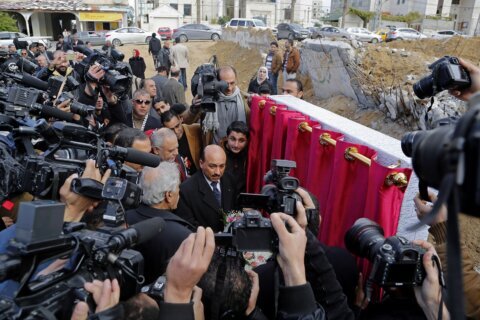