CAIRO (AP) — The United Nations mission to Libya expressed concern Saturday over clashes in Tripoli, after a night of heavy fire between militias in the capital.

The latest fighting comes as Libya is once again divided between competing governments — one of which is based in Tripoli — despite more than a year of tentative steps towards unification.

The cause of the violence in the seaside neighborhood was unclear, but videos circulated on social media showed families with children sheltering and fleeing as artillery fire flew across the night sky. Some accused two of the city’s powerful militias of infighting.

In a statement, the mission said the clashes endangered civilians and called on Libyans “to do everything possible to preserve the country’s fragile stability at this sensitive time.”

Libya has for years been split between rival administrations in the east and the west, each supported by various well-armed militias and foreign governments. The Mediterranean nation has been in a state of upheaval since the 2011 NATO-backed uprising toppled and later killed longtime dictator Moammar Gadhafi.

The country’s plan to transition to an elected government fell through after an interim administration based in Tripoli, headed by Prime Minister Abdul Hamid Dbeibah, failed to hold elections last year.

Dbeibah has refused to step down since then, raising questions over his mandate. In response, the country’s East-based lawmakers have elected a rival prime minister, Fathy Bashagha, a powerful former interior minister who is now operating a separate administration out of the city of Sirte.

Dbeibah, in a televised phone call, urged a powerful commander who leads the 444 brigade — which serves his government — to do what is necessary to restore peace in Tripoli.

His rival, Bashagha, in a series of Tweets called on armed groups to surrender their weapons. Last month, Bashagha entered Tripoli and attempted to install his government there, but left within hours after fighting broke out that killed one person.

Meanwhile, a widening blockade on oil production, largely in the country’s east, has cut off key state revenues in opposition to Dbeibah’s remaining in power. On Friday, a video announcement by residents and workers of the Sidra oil port, a key export facility, warned that they would stop operations due to lack of basic services in surrounding towns. 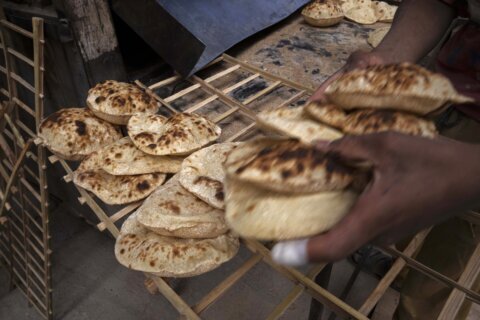