RAMALLAH, West Bank (AP) — The Palestinian Health Ministry says a man died after being stabbed by an Israeli settler in the occupied West Bank on Tuesday. Israeli police said they did not yet know the identity of the stabber.

The ministry said Ali Hassan Harb was stabbed in the chest. Wafa, the official Palestinian news agency, said he was 27.

Israeli police said they responded to a report of “friction” between Palestinians and Israelis near the settlement of Ariel, in the northern West Bank, where the stabbing happened. They said they were investigating.

Recent months have seen a rise in settler violence against Palestinians as well as Israeli activists, including an attack on a village last September in which a Palestinian toddler was wounded. Rights groups say Israeli security forces often turn a blind eye or intervene to protect settlers during violent confrontations.

Palestinians shot and killed an Israeli security guard at the entrance to Ariel in April, during a wave of attacks against Israelis in which 19 people were killed.

Nearly 500,000 Jewish settlers live in more than 130 settlements scattered across the West Bank, many of which are fully built up and now resemble suburbs or small towns. Nearly 3 million Palestinians live in the West Bank under Israeli military rule.

Israel captured the West Bank in the 1967 Mideast war, and the Palestinians want it to be the main part of their future state. Israel views the West Bank as the biblical and historical heartland of the Jewish people. Every government, including the current one, has expanded settlements.

The Palestinians and much of the international community view the settlements as a violation of international law and an obstacle to peace because they absorb and divide up the land on which a future Palestinian state would be established. 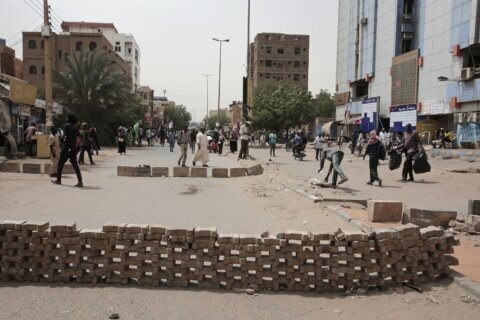