TEL AVIV, Israel (AP) — An Israeli legislator came under fire on Tuesday for saying that if he could push a button to make all Palestinians disappear, he would.

Deputy Religious Services Minister Matan Kahana made the remarks to high school students in a West Bank settlement. In his comments, which were caught on video, he was explaining his view that clashing narratives between Israelis and Palestinians were a major obstacle to peace. He appeared to be making the point that Israelis and Palestinians had no choice but to find a way to live together.

“If there was a sort of button you could push that would make all the Arabs disappear, send them on an express train to Switzerland,” he said, “I would press that button.”

“But what can you do? There is no such button,” he added, in the video brought to light by Israeli public broadcaster Kan. ”Therefore it seems we were meant to exist (together) on this land in some way.”

Kahana is part of Prime Minister Naftali Bennett’s nationalist Yamina party which anchors a coalition of eight ideologically diverse parties, including for the first time in Israeli history an Arab Islamist faction.

While it has stumbled during its year in power and is teetering after a series of defections, the coalition has styled itself as a symbol of Jewish-Arab cooperation in a society where Israeli Jews and Palestinians often live separately and seldom interact.

The threat of forcible displacement is a sensitive subject for Palestinians, who in the war surrounding Israel’s creation in 1948 fled or were forced to flee their homes. A second uprooting occurred during the 1967 Mideast war.

Since then, some nationalist politicians in Israel have used the threat of forced transfer against Palestinian citizens of Israel, who under law are equal to Jewish Israelis but who face discrimination and who are seen by some as a fifth column because of their solidarity with the Palestinian cause.

Kahana’s remarks drew condemnation from Palestinian Israeli lawmakers and from his own coalition members. Opposition lawmaker Ahmad Tibi tweeted in response that he would make Kahana “disappear from the government and the Knesset,” Israel’s parliament. Michal Rozin, a lawmaker in the coalition with the dovish Meretz party, said the remarks were “more than intolerable.”

After the uproar, Kahana posted on Twitter that some of the remarks within his speech were “worded poorly.”

“I referenced that both Jewish and Arab populations aren’t going anywhere. As such, we must work to live in coexistence. Our coalition is a courageous step towards this goal.” 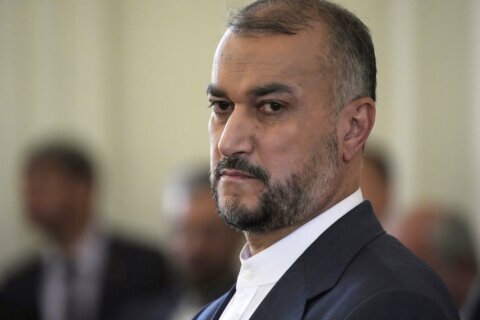 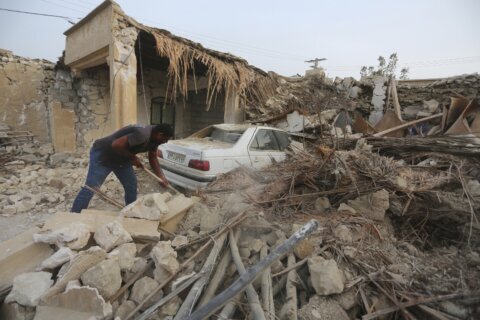