JERUSALEM (AP) — Prime Minister Naftali Bennett accused Iran of deceiving the international community about its atomic activities as he met with the visiting head of the U.N. nuclear watchdog on Friday.

Rafael Grossi, the head of the International Atomic Energy Agency, paid a brief visit to Israel, which has long accused Iran of pursuing nuclear weapons and is opposed to any return to the 2015 nuclear agreement between Tehran and world powers.

Bennett “expressed Israel’s deep concern regarding Iran’s continued progress toward achieving nuclear weapons while deceiving the international community by using false information and lies,” his office said in a statement.

He “emphasized the urgent need in mobilizing the international community to take action against Iran, using all means, in order to prevent Iran from achieving nuclear weapons.”

Israel is widely believed to be the only nuclear-armed state in the Middle East but has never publicly acknowledged having such weapons.

Israel was a staunch opponent of the 2015 nuclear deal and welcomed the Trump administration’s unilateral withdrawal from the agreement, which caused it to collapse. The Biden administration has been trying to renew the accord, which lifted sanctions on Iran in return for limits to and oversight of its nuclear program.

Iran has always said its nuclear activities are for purely peaceful purposes but has stepped up uranium enrichment after the collapse of the nuclear accord to near weapons-grade levels.

The U.S. and its allies say Iran has failed to answer questions from the IAEA over potential undeclared nuclear activities. The U.S., Britain, France and Germany plan to table a resolution at next week’s meeting of the IAEA board of governors to urge full compliance with the Non-Proliferation Treaty.

“It is essential that Iran does fully comply with its legal binding obligations under the NPT and separately with its comprehensive safeguards agreement with the IAEA without further delay,” State Department spokesman Ned Price said Thursday.

Bennett called on the board of governors to deliver a “clear and unequivocal message” to Iran.

Israel — which is not a party to the NPT — recently accused Iran of stealing classified documents from the IAEA and using them to deceive international inspectors nearly two decades ago. It released what it said were some of the documents. Iran has dismissed the allegations as lies.

U.S. intelligence agencies, Western nations and the IAEA have said Iran ran an organized nuclear weapons program until 2003. Neither the U.S. nor Israel has ruled out the use of military force to prevent Iran from developing a nuclear weapon.

Bennett’s office said that while Israel prefers diplomacy, “it reserves the right to self-defense and to action against Iran in order to block its nuclear program should the international community not succeed in the relevant time frame.” 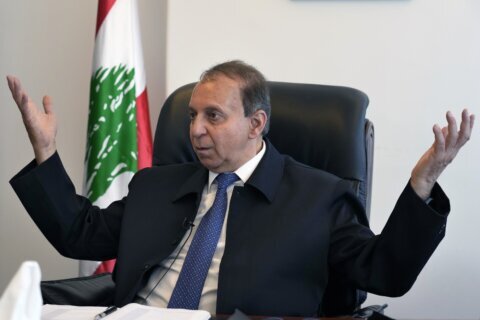 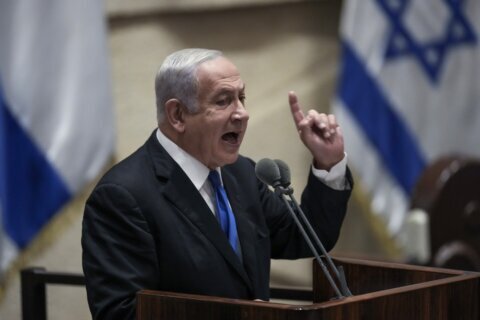