JERUSALEM (AP) — Twenty years after Israel decided to build its controversial separation barrier, the network of walls, fences and closed military roads remains in place, even as any partition of the land appears more remote than ever.

Israel is actively encouraging its Jewish citizens to settle on both sides of the barrier as it builds and expands settlements deep inside the occupied West Bank, more than a decade after the collapse of any serious peace talks.

Palestinians living under decades of military occupation, meanwhile, clamor for work permits inside Israel, where wages are higher. Some 100,000 Palestinians legally cross through military checkpoints, mainly to work in construction, manufacturing and agriculture.

Israel decided to build the barrier in June 2002, at the height of the second intifada, or uprising, when Palestinians carried out scores of suicide bombings and other attacks that killed Israeli civilians. Authorities said the barrier was designed to prevent attackers from crossing into Israel from the West Bank and was never intended to be a permanent border.

Eighty-five percent of the still-unfinished barrier is inside the West Bank, carving off nearly 10% of its territory. The Palestinians view it as an illegal land grab and the International Court of Justice in 2004 said the barrier was “contrary to international law.”

The United Nations estimates that some 150 Palestinian communities have farmland inside the West Bank but west of the barrier. Some 11,000 Palestinians live in this so-called Seam Zone, requiring Israeli permits just to stay in their homes.

The U.N. also estimates that about 65% of the roughly 710-kilometer (450-mile) structure has been completed.

The security benefits of the barrier have long been subject to debate and while the number of attacks has fallen sharply, other factors may be at play.

The intifada began winding down in 2005, after Palestinian leader Yasser Arafat died and was replaced by President Mahmoud Abbas, who is opposed to armed struggle. Most leading militants were captured or killed, and under Abbas, the Palestinian Authority cooperates with Israel on security matters. Israeli troops regularly operate in all parts of the West Bank, and Israel often announces that it has thwarted attacks before the assailants ever left the territory.

Earlier this year, during a renewed wave of violence, Israeli media reported that authorities have long ignored gaps in the barrier because they are used by Palestinian laborers. Those are now being closed, but the barrier is not expected to be completed anytime soon.

Last week, Israel began construction on a new barrier, some 45 kilometers (almost 30 miles) long in the northern West Bank, to replace a security fence built two decades ago. It says the new barrier will be 9 meters (30 feet) high — more than twice as high as the Berlin Wall.

Concrete walls that high can already be seen snaking through Jerusalem, Bethlehem and other urban areas. Near a main Israeli highway, the barrier is concealed behind dirt embankments planted with trees and flowers. In other rural areas, it consists of barbed wire fences with surveillance cameras and closed military roads.

Israel captured east Jerusalem, the West Bank and Gaza in the 1967 Mideast war, territories the Palestinians want for a future state.

In Gaza, which has been under an Israeli-Egyptian blockade since the Hamas militant group seized power from Abbas’ forces in 2007, Israel recently completed a high-tech barrier that runs along the 1967 boundary.

Israel annexed east Jerusalem in a move not recognized by the international community and views the entire city as its capital. But towering concrete walls cut off dense Palestinian neighborhoods that are within the Israeli-drawn municipal boundaries and have largely severed the city from the occupied West Bank.

In the West Bank, the Palestinian Authority has limited autonomy in major population centers, but Israel retains total control over 60% of the territory. There it has built more than 130 settlements that are home to nearly 500,000 Jewish settlers. Many live on the other side of the barrier but have access to a rapidly growing highway system linking the settlements to Israeli cities.

With any peace process effectively frozen, the government has instead pursued what it refers to as goodwill gestures — mainly the issuing of more permits so Palestinians can enter through checkpoints and work inside Israel. 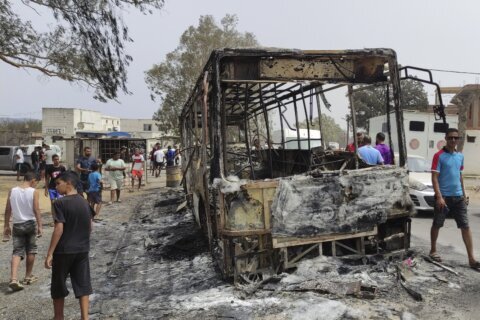 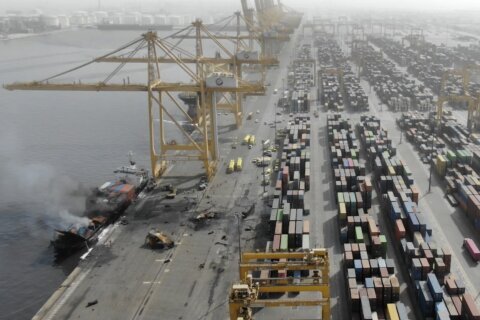