No fireworks for Israel Independence Day over PTSD concerns

Although fireworks are typically a mainstay at parties across the country, this year many of the glittering yet noisy displays have been cancelled over concerns by some military veterans who say the cracking and banging dredges up the horrors of battle, especially for those with post-traumatic stress disorder.

“The barrage of fireworks is the same as a burst of gunfire for us,” Ehud Amiton, a former soldier with PTSD who has worked to cancel the firework displays, told Israeli Army Radio Monday. “We don’t oppose the celebrations, we oppose the noise.”

Israel marks 74 years since its creation on Thursday, and festivities begin the night before.

The country’s main ceremony in Jerusalem, which usually boasts a grandiose fireworks finale will instead hold a silent pyrotechnic show. The seaside metropolis of Tel Aviv, where residents climb to rooftops to watch the glittering display, has also scrapped fireworks this year.

Israel’s Culture Minister Chili Tropper announced last month that he was siding with the veterans, saying it was Israel’s duty to respect the former fighters and recognize their struggle with PTSD, especially as the country marks its Independence Day.

“For most Israelis fireworks maybe a nice image in the sky, but for them it is the sound of gunfire and battle,” Tropper wrote on Facebook last month, announcing that this year’s national ceremony would drop the fireworks. “They have fought enough. They have paid a heavy price. This year we are reaching out to them.”

Independence Day in Israel comes a day after it marks its Memorial Day for fallen soldiers and victims of terrorism. It is one of the most somber days on the calendar, as bereaved families visit cemeteries and the country comes to a standstill for a solemn moment to remember the dead. Restaurants, theaters and other entertainment venues close, and TV and radio broadcast melancholy music and stories about Israel’s wars and the dead.

Israel’s military is compulsory for Jewish men and women and with the country having fought numerous wars over the decades, many soldiers have seen battle and almost every Israeli knows someone killed in action.

The melancholic mood ends abruptly in the evening with a burst of jubilant Independence Day celebrations, which usually include fireworks.

The decision to cancel fireworks in many cities drew criticism from some nationalists, who saw it as an attempt to scale back Israeli patriotism.

“There is some interest here to temper Independence Day celebrations,” Yair Netanyahu, the son of former Prime Minister Benjamin Netanyahu and a prominent nationalist voice, wrote on Twitter. “There have been fireworks on Independence Day for 70 years and there was never any problem with it!” 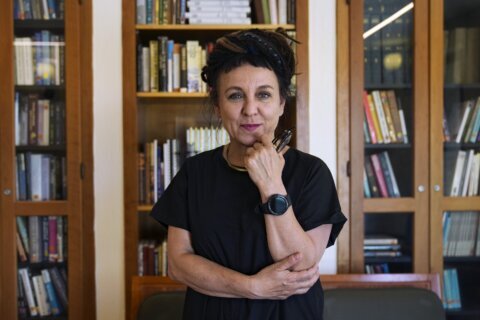