CAIRO (AP) — Rival Libyan officials on Sunday resumed talks in the Egyptian capital, the latest U.N.-led efforts to agree on constitutional amendments for elections as the North African nation again finds itself at a political impasse.

Twelve lawmakers from Libya’s east-based parliament and 11 from the High Council of State, an advisory body from western Libya, were attending the Cairo-hosted talks, said Abdullah Bliheg, the parliament’s spokesman.

The U.N. special adviser on Libya, Stephanie Williams, said the talks aim at addressing core challenges — including the political system, eligibility criteria, and a timeline for elections. She advised the attendees that they have until May 28 to come with an agreement.

“This session constitutes your last chance to provide a credible response to the expectations of the Libyan people and make concrete progress on these issues,” she said.

The first round of the talks, also held in Cairo last month, did not achieve a breakthrough in the dispute over the election’s legal basis, which was among major challenges that caused planned national elections to fail in December.

The failure to hold the vote was a major blow to international efforts to end decade of chaos in Libya. It has opened a new chapter in its long-running political impasse, with rival governments claiming power after tentative steps toward unity in the past year.

The oil-rich country has been wrecked by conflict since the NATO-backed uprising toppled and killed longtime dictator Moammar Gadhafi in 2011. The country has for years been split between rival administrations in the east and west, each supported by different militias and foreign governments.

The lawmakers claimed the mandate of interim Prime Minister Abdul Hamid Dbeibah, who is based in Tripoli, expired when the election failed to take place as planned in December.

Dbeibah, however, remined defiant against replacing his government, insisting that he will hand over power only to an elected administration.

Bashagha has yet to be seated in the capital, and calls were mounting to have his government seated in the crucial city of Sirte, which is controlled by forces of his rival-turned-ally commander Khalifa Hifter. The city serves as a link between Libya’s eastern and western regions.

The stand-off worsened in the past weeks with occasional infighting between rouge militias especially the western region, and a partial oil blockade amid a global energy crisis because of the Russian war in Ukraine.

The closure of oil facilities, including Libya’s largest oil field, in areas controlled by Hifter’s forces was likely meant to deprive Debeibah’s government from funds and embower its rivals.

Bashagha and his ally, the influential Parliament Speaker Aguila Saleh announced earlier this month the oil facilities would be reopened on condition that oil revenues will be temporarily frozen until rival factions agree on a mechanism to manage such oil funds.

The proposal has enjoyed the support of the U.S. embassy in Libya, saying that such a mechanism “should incorporate agreement on priority expenditures, transparency measures, and steps to ensure oversight and accountability.” 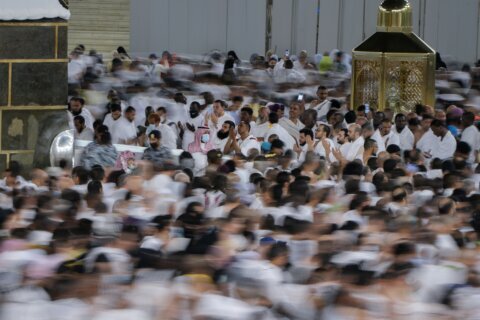 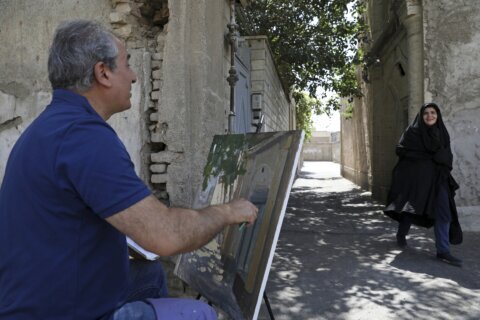