CAIRO (AP) — An Egyptian court is asking the country’s top mufti, the highest religious authority for Islam, to weigh in on the case of a man accused of stabbing to death a Coptic Christian priest, the leading judge in the trial announced Wednesday.

A decision from Grand Mufi Shawky Allam on whether the suspect should be given the death penalty and executed is a non-binding opinion, but it can significantly influence the court’s ruling.

The 56-year-old priest, Arsanious Wadid, was killed at a popular seaside promenade in the Mediterranean city of Alexandria last month in an attack that shocked the Arab world’s most populous nation.

The prosecution has sought the death penalty for Nehru Tawfiq, 60, charged with deliberately killing the priest and with the illegal possession of a knife used in the attack.

Tawfiq’s trial began on Saturday before the criminal court in Alexandria. He appeared in the docks — which in Egyptian courtrooms are located in a caged-off section of the room — shouting “God is greatest” in Arabic, and attempting to recite verses from the Quran, the Muslim holy book, before the judges ordered him to keep silent.

In efforts to obtain a lesser sentence, his lawyers argued that it was not a deliberate killing. The trial resumed on Wednesday with the prosecutions arguments in a hearing livestreamed by local media outlets.

Leading Judge Wahid Sabry said he was referring the case to the grand mufti for his opinion, though the judge can rule independently. The verdict is due June 11. It can be appealed before a higher court.

The attack was the latest sectarian violence in Egypt. Islamic extremists have also repeatedly targeted Christians in recent years, especially after the 2013 military ouster of late Islamist President Mohammed Morsi, an elected but divisive leader, amid mass protests against his rule.

In September 2017, an alleged supporter of the militant Islamic State group stabbed to death an 82-year-old Christian doctor in Cairo. He was sentenced to death the following year.

Egyptian Copts — the Middle East’s largest Christian community — account for about 10% of the country’s 103 million people and repeatedly complain of discrimination at the hands of the Muslim majority. 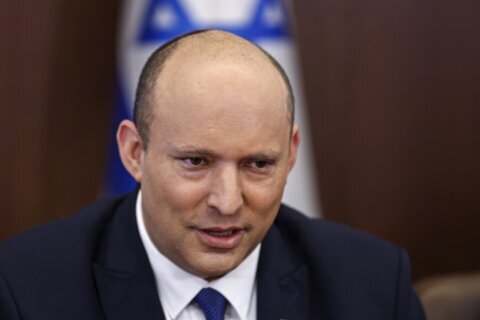