UN envoy arrives in Yemen’s capital for talks with rebels

CAIRO (AP) — The U.N. special envoy for Yemen arrived Monday in the capital of Sanaa for the first time since he assumed his post eight months ago for talks with the Houthi rebels, his office said.

Hans Grundberg landed at the Sanaa airport with the aim of engaging the Houthi leadership on implementing and strengthening a 60-day cease-fire in the war-wrecked country, his office said.

The two-month truce implemented April 2 was the first nationwide cease-fire in six years in Yemen’s civil war that erupted in 2014. That year, Iranian-backed Houthis seized Sanaa and forced the internationally recognized government into exile. The Saudi-led coalition entered the war in early 2015 to try to restore the government to power.

Grundberg’s Sanaa visit was his first to the rebel-held capital since he was appointed in August because the Houthis refused to receive him. He has met repeatedly with chief Houthi negotiator Mohammed Abdul-Salam in Oman’s capital of Muscat, most recently on Sunday.

The visit came as the two-month truce entered its second week with reports of violations particularly around the central city of Marib. Last week, the U.N. envoy urged the warring sides to uphold the truce.

Yemen’s internationally recognized government has accused the Iran-backed Houthis of attacking their positions in southern and western Marib.

A Houthi spokesman was not available for comment. Houthi-run media, however, accused government forces of violating the truce in Hodeida, the key rebel-held port city.

The rebels have been trying for over a year to capture energy-rich Marib from government forces. But their efforts have been dashed in recent months amid increasing support to the pro-government side from the Saudi-led coalition.

The U.N.-announced truce also includes allowing shipments of fuel to arrive in Hodeida and for passenger flights to resume from the airport in Sanaa. Both Hodeida and Sanaa are held by the Houthis.

The U.N. envoy said he has invited both sides to convene a meeting to agree on a reopening of roads around the province of Taiz and other provinces as part of the truce.

The war in Yemen has spawned one of the world’s worst humanitarian crisis, leaving millions suffering from food and medical shortages. It has killed over 150,000 people, including fighters and civilians, according to a database project that tracks violence.

The truce has brought some relief for Yemenis during the Muslim holy month of Ramadan, which started earlier in April.

Meanwhile, Twitter suspended an account for Houthi military spokesperson Yehia Sarie for allegedly violating its rules. It did not elaborate. The account had more than 340,000 followers.

Sarie accused Twitter of siding with the Saudi-led coalition and swiftly created a new Twitter account. He used social media accounts including Twitter to announce major Houthi attacks inside Yemen and on Saudi Arabia and the United Arab Emirates. 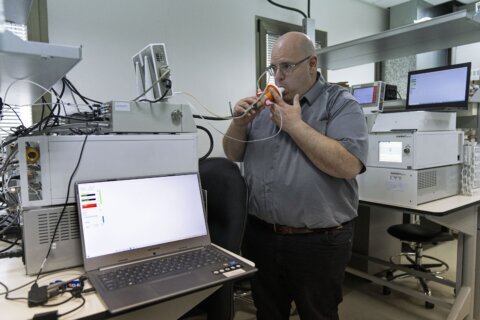