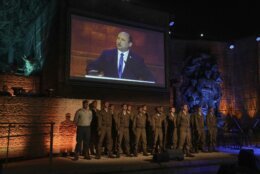 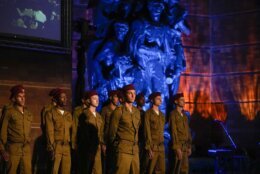 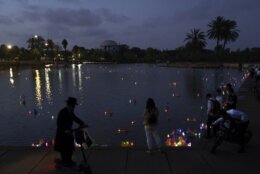 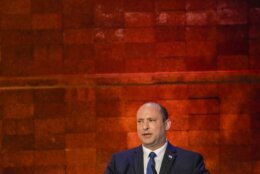 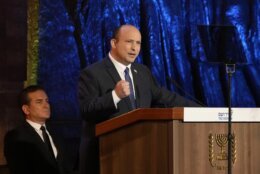 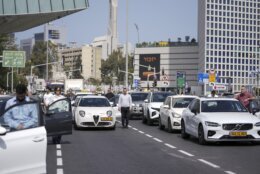 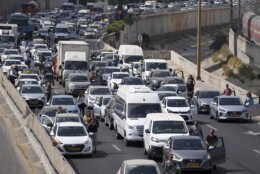 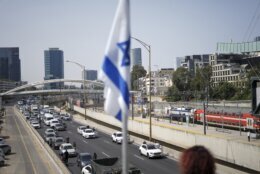 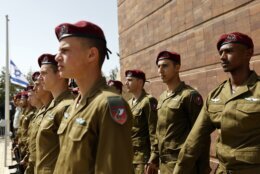 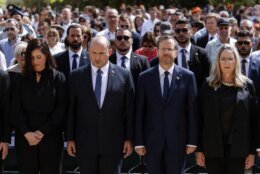 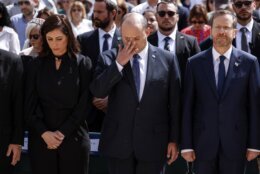 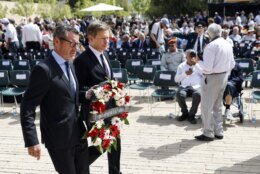 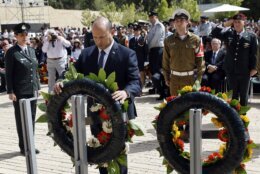 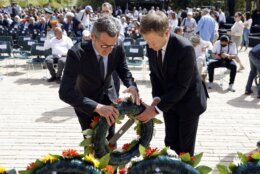 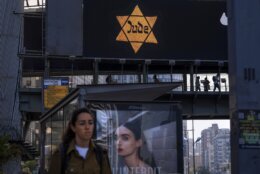 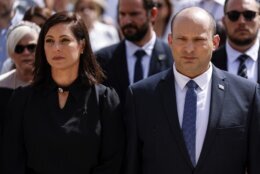 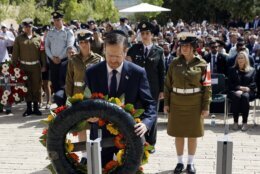 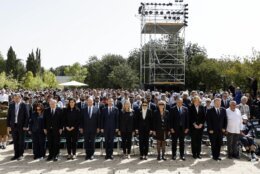 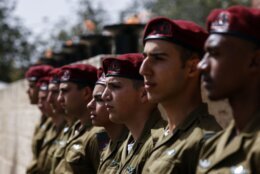 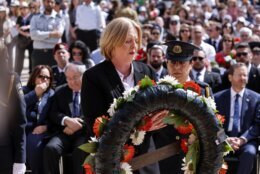 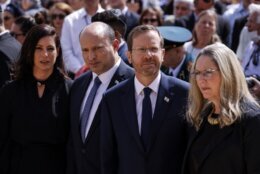 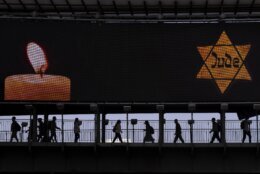 TEL AVIV, Israel (AP) — Sirens blared across Israel early Thursday as the country came to a standstill in an annual ritual honoring the 6 million Jews murdered during the Holocaust.

People halted where they were walking, and drivers stopped their cars to get out of the vehicles as people bowed their heads in memory of the victims of the Nazi genocide. Ceremonies were planned throughout the day at Israel’s national Holocaust memorial, parliament and elsewhere.

Israel was founded in 1948 as a sanctuary for Jews in the wake of the Holocaust. About 165,000 survivors live in Israel, a dwindling population that is widely honored but struggling with poverty.

Ushering in Holocaust memorial day at Yad Vashem, Israel’s memorial, Prime Minister Naftali Bennett late Wednesday called on the world to stop comparing the Holocaust to other events in history. He spoke after the presidents of both Ukraine and Russia drew parallels between their ongoing war and the genocide during World War II.

“As the years go by, there is more and more discourse in the world that compares other difficult events to the Holocaust. But no,” he said. “No event in history, cruel as it may have been, is comparable to the extermination of Europe’s Jews by the Nazis and their collaborators.”

He also warned the country against allowing its deep differences to tear the nation apart. The speech, coming on one of Israel’s most solemn days of the year, came in a deeply personal context as well. On Tuesday, his family received a letter with a live bullet and a death threat. Israeli authorities tightened security around the premier and his family and were investigating.

“My brothers and sisters, we cannot, we simply cannot allow the same dangerous gene of factionalism dismantle Israel from within,” Bennett said.

Israel makes great effort to memorialize the victims of the Holocaust and make heroes of those who survived. Restaurants and places of entertainment remain closed on Holocaust memorial day, radios play somber music and TV stations devote their programming to documentaries and other Holocaust-related material..

For them, challenges loom. This year’s ceremony comes as Israel and much of the world emerges from the coronavirus pandemic, which confronted Holocaust survivors in particular with increased health risks as well as widespread loneliness and despair.

Additionally, about a third of Israel’s Holocaust survivors live below the poverty line, with many sustained by government stipends and donations, according to a group that represents survivors.

Despite their experience and widespread education programs, antisemitism rose worldwide during the pandemic, according to a report released Wednesday.

It pinned the fuel for the anti-Jewish surge on lockdowns, social media and a backlash against Israel’s punishing air raids on the Gaza Strip during last year’s 11-day war.

In addition to speeches by Bennett, Israeli President Isaac Herzog and others, Wednesday’s ceremony featured survivors lighting six torches — for the 6 million murdered by the Nazis and their collaborators. The speaker of Germany’s parliament, Baerbel Bas, also attended as a special guest.