BEIRUT (AP) — Carrying portraits of their loved ones, relatives of victims of the August 2020 explosion at the Port…
Listen now to WTOP News WTOP.com | Alexa | Google Home | WTOP App | 103.5 FM

BEIRUT (AP) — Carrying portraits of their loved ones, relatives of victims of the August 2020 explosion at the Port of Beirut marched in the Lebanese capital Monday. They marked 20 months since the devastating blast killed more than 200 people and injured thousands.

“We will not forget,” read placards held by some of the relatives. They expressed frustration at the judicial investigation that has been suspended for three months amid a deluge of legal challenges by politicians seeking to block the probe.

The blast was caused by the detonation of hundreds of tons of ammonium nitrate stored in a port warehouse for years, apparently with the knowledge of senior politicians and security officials who did nothing about it. The explosion killed at least 216 people, injured more than 6,500 others and destroyed parts of the city.

Twenty months later, nearly everything remains unknown — from who ordered the shipment to why officials ignored repeated warnings of the danger. Families of the victims have been pressing for answers, accusing political parties of obstructing the local investigation.

“It is not new because we know that the government is complicit in the crime so it is trying its best to stop (investigating) the crime,” said Paul Naggar, the father of the youngest victim of the blast, 3-year-old Alexandra Naggar.

But he hopes that parliamentary elections in May will make a difference.

“It is the only solution to remove this regime and to bring justice for my daughters and others,” Naggar said.

The bereaved men and women marched toward the port holding portraits of their lost ones. There, a group of women dressed in black sat at the foot of a statue of a Lebanese émigré crying in silence.

The families lit candles at 6:07 p.m., the exact time of the blast.

Zeina Noun, 53, lost her son to the blast. She said the families will continue to fight.

“We will not stop until those who are responsible are held accountable,” she said. 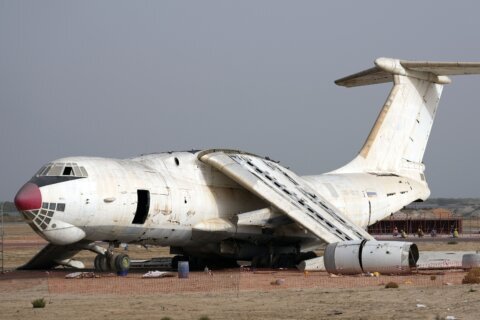 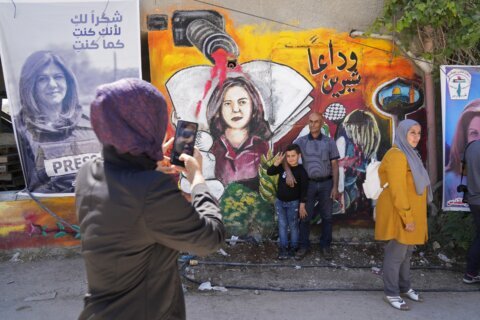