CAIRO (AP) — Nearly 200 people have been wounded in the latest protests to erupt in the Sudanese capital over…
Listen now to WTOP News WTOP.com | Alexa | Google Home | WTOP App | 103.5 FM

CAIRO (AP) — Nearly 200 people have been wounded in the latest protests to erupt in the Sudanese capital over deteriorating economic conditions following a military take-over, a doctor’s union said Friday.

The Sudan’s Doctors Committee issued a statement saying that 187 people were wounded in clashes with police in Khartoum on Thursday, 70 of whom were likely struck by rubber bullets. Three of the wounded were shot in either the head or chest and are currently in intensive care, it added.

Thursday’s marches were the latest in near-daily street protests since the military took over on Oct. 25, removing a civilian-led transitional government. Since then, at least 87 people have been killed and thousands wounded in a bloody crackdown on protesters, according to the doctor’s union. 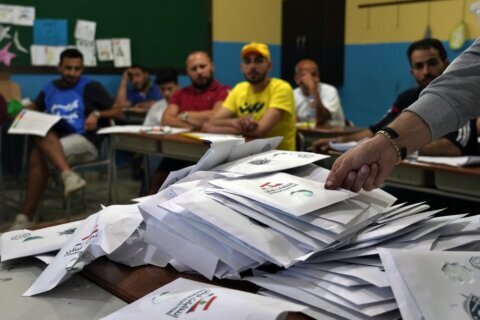