The country’s state-run mining company said in a statement the collapse of the closed, non-functioning mine took place in the village of Fuja 700 kilometers (435 miles) south of the capital of Khartoum. It said there were also injuries without giving a specific tally.

Local media reported that several shafts collapsed at the Darsaya mine, and that besides the dead at least eight injured people were taken to a local hospital.

The mining company posted images on Facebook showing villagers gathering at the site as at least two dredgers worked to find possible survivors and bodies.

The company said the mine was not functional but local miners returned to work it after security forces guarding the site left the area. It did not say when the mine stopped working.

The Sudanese Mineral Resources Limited Company in its statement called for troops to guard the site to prevent unregulated mining. It also called on local communities to help it resume its mining activities in the area, which were suspended in 2019. It did not elaborate.

Sudan is a major gold producer with numerous mines scattered across the country. In 2020, the East African nation produced 36.6 tons, the second most in the continent, according to official numbers.

The transitional government has begun regulating the industry in the past two years amid allegations of gold smuggling.

Collapses are common in Sudan’s gold mines, where safety standards are not widely in effect. 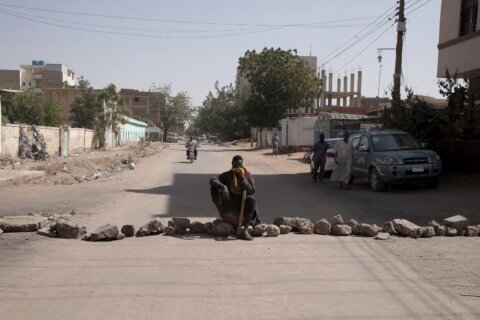