TEHRAN, Iran (AP) — Iran has detected its first case of infection by the new omicron variant of the coronavirus, state TV reported Sunday.

The announcement comes as the variant spreads around the globe less than a month after scientists alerted the World Health Organization to the concerning-looking version.

Iran has vaccinated some 60% of its population of roughly 85 million people with two doses of coronavirus vaccines.

The coronavirus has killed more than 131,000 people in Iran, the worst fatality rate in the Middle East. On Aug. 24 alone, 709 people died of the illness. The number of deaths has decreased in recent months due to the vaccination, experts say.

Only 7 million Iranians had received vaccinations when President Ebrahin Raisi formed his administration in late August.

Iran generally uses the China-made Sinopharm vaccine, though the Russian Sputnik-V and the vaccine made by the British-Swedish pharmaceutical company AstraZeneca are also in use.

Iranian officials urged people who got two doses of vaccine to get their third dose as soon as possible. 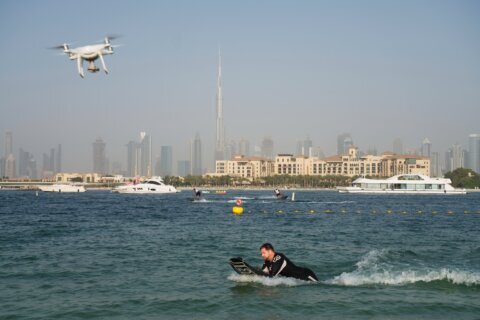