Palestinian dies a week after being shot by Israeli forces

Dia al-Din Sabarini, 25, was shot in the stomach Aug. 3 during a raid by Israeli security forces in the northern West Bank city of Jenin, the official Palestinian news agency WAFA reported, citing the health ministry.

Sabarini was hospitalized in critical condition and died of his wounds Wednesday. Five other Palestinians were shot by Israeli troops during the incident.

In a statement, the Israeli army said troops operating in Jenin came under attack from gunfire, explosives, firebombs and rocks before soldiers returned fire at the attackers. The military reported that no soldiers were injured, but that their armored vehicles were damaged by gunfire.

Last month, Israeli troops opened fire on a car in the southern West Bank town of Beit Ummar, killing a 12-year-old as he and his family were driving. The killing sparked two days of protests in which another Palestinian was killed in clashes with Israeli soldiers.

Two other Palestinians were shot and killed in recent weeks near the West Bank town of Beita, which has seen repeated clashes between Israeli troops and Palestinian protesters over the establishment of a nearby settlement outpost.

Israel captured the West Bank in the 1967 Mideast war and has established dozens of settlements where nearly 500,000 settlers reside. The Palestinians want the West Bank as part of their future state and view the settlements as a major obstacle to resolving the conflict. 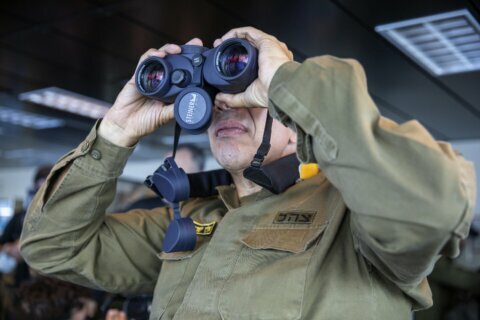