CAIRO (AP) — For three days last month, Nasser joined hundreds of others jammed into emergency rooms in Yemen’s capital, Sanaa, searching for a hospital bed for his mother, who was struggling to breathe. By the time one became available, his mother was dead.

But her death certainly won’t figure in the country’s coronavirus numbers. Officially, there have been only four virus cases and one death in Yemen’s north, according to the Houthi rebel authorities who control the capital and surrounding provinces.

It’s not just a struggling health care system that’s to blame for the unaccounted for deaths. In interviews with The Associated Press, more than a dozen doctors, aid workers, Sanaa residents and relatives of those believed to have died from the virus said the Houthi authorities are approaching the pandemic with such outright denial that it threatens to further endanger the already vulnerable population.

They say doctors are forced to falsify the cause of death on official papers, vaccines are seen with fear, and there are no limits or guidelines on public gatherings, much less funerals.

Nasser’s mother, like many others, was buried without any precautions against the virus and the funeral was attended by hundreds. A few days later, an aunt, in her 40s, died, and two other relatives got sick and were hospitalized for over a week.

“Certainly, my aunt died from corona,” said Nasser, who asked to be identified only by his first name for fear of reprisal by the Houthi authorities. “But no one tells us the truth.”

The deaths came as Sanaa and other areas of northern Yemen have been experiencing a third deadly coronavirus surge, according to doctors and residents. But it’s difficult to know how many have been sickened or died, beyond anecdotes from residents. The Houthi rebels have imposed an information blackout on confirmed cases and deaths from COVID-19. Testing remains sparse, or hushed.

Yemen, the Arab world’s poorest country, has already been devastated by six years of civil war. The fighting pits the Iranian-backed Houthi rebels against the internationally recognized government, which is aided by a Saudi-led coalition.

The war has killed more than 130,000 people, displaced millions and created the world’s worst humanitarian disaster. Aerial bombings and intense ground fighting have destroyed the country’s infrastructure, leaving half the country’s health facilities dysfunctional. About 18% of Yemen’s 333 districts have no doctors at all. Water and sanitation systems have collapsed. Many families can barely afford one meal a day.

Amid the fighting came the COVID-19 pandemic, adding to the war’s deadly toll.

“There was a big wave of COVID-19 and they (the Houthis) knew that very well,” said a U.N. health official in Yemen, who spoke on condition of anonymity for fear of undermining negotiations with the rebels on vaccinations and other issues. “Isolation centers were full; the numbers were doubled three or four times.”

Since the beginning of the pandemic, the Houthis have not treated it with seriousness and action, said Afrah Nasser, Yemen researcher at Human Rights Watch. They even have hindered international efforts to help fight it in their areas, she said.

“Each party in Yemen has its own strategy, but the Houthi one is destructive,” she said. “It’s a recipe for disaster.”

Dr. Adham Ismail, the World Health Organization representative in Yemen, said it was “a big achievement” to get any coronavirus vaccine at all into Houthi-controlled territories. Initially, authorities banned the shots, and then agreed to allow in only 1,000 doses. They have not held any campaigns encouraging people to get vaccinated.

The Houthis’ opposition to vaccines forced doctors and other residents to seek their shots in Yemeni government-held areas. Many, including aid workers working in Houthi-held areas, registered online and traveled secretly to cities like Aden, Lahj and Taiz for vaccination.

Yemen received its first 360,000-dose shipment of the AstraZeneca vaccine from the United Nations-backed COVAX initiative in March. The shipment was the first batch of 1.9 million doses that Yemen is to receive through the end of the year. A vaccination campaign was launched in government-held areas in April.

Yemen’s internationally recognized government has reported around 7,200 confirmed cases, including 1,391 deaths in areas under its control. The actual numbers, however, are believed much higher mainly because of limited testing.

A spokesman for the rebels did not answer calls seeking comment. But last year, Youssef al-Hadhari, a spokesman for the Houthi health ministry, told the AP: “We don’t publish the numbers to the society because such publicity has a heavy and terrifying toll on people’s psychological health.”

Meanwhile, the Houthis continue holding public events, including recruitment gatherings and funerals attended by thousands for senior military officials killed in battle, as virus cases spike. All are held with no precautionary measures against the virus.

Over a dozen doctors, aid workers and residents said cases in the north are rising rapidly, with more frequent funerals, apparently of virus victims, though doctors said they’ve been warned not to confirm the causes of the deaths. All spoke on condition of anonymity for fear of retaliation from the rebels.

Doctors and other health care workers said the 24 isolation centers in the north have been full since mid-July. One health care worker in the Palestine hospital said dozens of patients have come every day with coronavirus-like symptoms, most in their 30s and 40s. He said many are being told to isolate at home for lack of other options.

In Sanaa cemeteries, grave diggers have found it difficult to find space for new burial plots. At one cemetery in Jarraf, one digger estimated that over 30 people were buried every day in the past two months, many of them women and elderly.

In the northern province of Ibb, two health care workers at the Jibla hospital said the facility receives nearly 50 people with Covid-19-like symptoms every day. The hospital lacks testing capacities, so doctors usually depend on other means to diagnose.

When patients die at the Jibla hospital, doctors don’t tell relatives they are suspected to have been infected by the virus, for fear of being targeted afterwards. The Houthis have appointed security supervisors at hospitals to control the flow of information between medical staff and patients’ families, according to health care workers.

Earlier this year, two senior Houthi officials died, apparently among the country’s most high-profile virus victims. Yahia al-Shami, spent over a month in an isolation center in Sanaa before he succumbed to the virus in April and Zakaria al-Shami, transportation minister in the Houthi-run government, also caught the coronavirus and died in March, according to doctors who treated them.

The Houthi rebel authorities announced both of their deaths — but there was no mention of the cause. 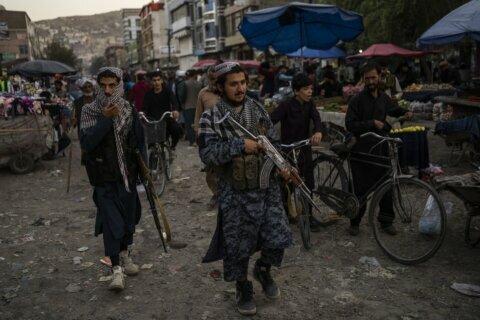