JERUSALEM (AP) — The United Arab Emirates formally opened its embassy in Israel on Wednesday, inaugurating its diplomatic offices in Tel Aviv less than a year after the two countries announced they would establish open relations.

Speaking at the ceremony, Israeli President Isaac Herzog said the embassy opening was “an important milestone in our shared journey toward a future of peace, prosperity and security for the Middle East.”

The Emirati embassy’s inauguration came two weeks after Israel cut the ribbon on its embassy in Abu Dhabi during Foreign Minister Yair Lapid’s visit to the UAE in June.

Israel and the UAE formally established diplomatic relations last year after decades of clandestine ties. The two countries signed the U.S.-brokered normalization agreement on the White House lawn in September, and a flurry of bilateral economic and cooperation deals in the months since.

The UAE Embassy is situated in the same tower as Israel’s stock exchange in the heart of Tel Aviv’s business district. Most countries maintain embassies in Tel Aviv because of Jerusalem’s disputed status — one of the thorniest issues in the Mideast conflict. The U.S. moved its embassy to Jerusalem in 2018, and a handful of countries have followed suit.

Israel captured east Jerusalem in the 1967 Mideast war and later annexed it in a move unrecognized by most of the international community. The city is the seat of the Israeli parliament, Supreme Court and many government offices. The Palestinians seek east Jerusalem as capital of a future independent state.

The UAE’s ambassador to Israel, Mohamed Al Khaja, told reporters that the embassy will be “a base for our task to continue to build on our new partnership, to seek dialog, not dispute, to build a new paradigm of peace and to provide a model for a new collaborative approach to conflict resolution in the Middle East.” 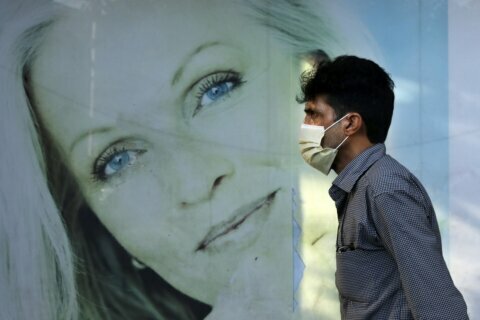