Lebanon’s president says no one is protected in port probe

BEIRUT (AP) — Lebanon’s president said Wednesday there would be no political cover for anyone implicated in last year’s massive explosion at the Beirut port, speaking a day after protests erupted over the handling of the investigation.

The blast on Aug. 4 was caused by the ignition of hundreds of tons of ammonium nitrate, a highly explosive fertilizer that had been stored for years there with the knowledge of top government officials. The explosion killed over 200 people, injured hundreds more and devastated nearby Beirut neighborhoods.

It’s still unclear what exactly caused the explosion, and an investigation by a state-appointed judge has been riddled by charges of political interference. The delays have frustrated the public, particularly amid reports that most of Lebanon’s leadership, including the president, knew of the explosives at the port.

The hours-long protests Tuesday outside the house of caretaker Interior Minister Mohamed Fehmi were sparked by his rejection of a request by the new lead investigator to remove immunity for one of the most senior security officials accused in the port case, general security chief Abbas Ibrahim, allowing him to be questioned. The protesters saw Fehmi’s move as an obstruction of the probe.

Families of the victims and explosion survivors held a mock funeral while protesters scuffled with members of the security forces guarding the building, who fired tear gas to disperse the crowd. Dozens were lightly injured on both sides.

Amnesty International urged Lebanese authorities to lift immunities granted to all officials, saying that an impartial investigation is essential for a better future in a country with a history of “entrenched impunity.”

“The protesters’ demand is simple: let justice take its course,” said Lynn Maalouf, Amnesty’s deputy regional director. “Any failure to do so is an obstruction of justice.”

President Michel Aoun said Wednesday the investigation is ongoing and that “there will be no political cover for anyone who was negligent or guilty.” However, he did not address critics who said that Fehmi obstructed the investigation.

Aoun also approved Aug. 4 as a day of mourning, declaring it a national holiday. Families of the victims have been campaigning for this recognition.

Lebanon is in the throes of the country’s worst economic crisis but the political leadership has been unable to form a government to lead negotiations with the International Monetary Fund for a recovery package.

The caretaker government resigned after the port explosion. Prime Minister-designate Saad Hariri has been unable to agree with Aoun on a Cabinet line-up and French and local efforts have failed to bridge their differences.

Hariri met Wednesday with Aoun in renewed efforts to resolve the political deadlock and following a quick trip to Cairo, a close ally. He proposed a new 24-minister Cabinet and said he expects a response from Aoun by Thursday. There were reports this was a last-ditch effort before Hariri steps down.

“We have entered the ninth month trying to form a government,” he said after the meeting. “Now is a time for the truth.” 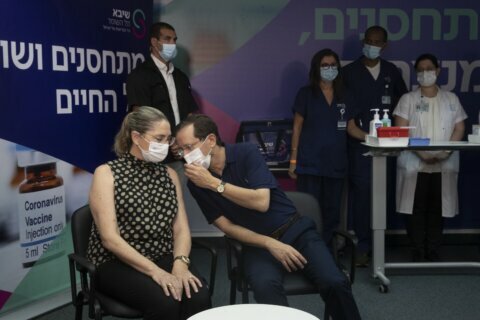 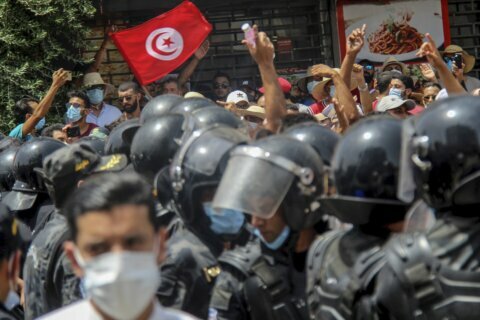